Cody Kasch Net Worth: Cody Kasch is an American actor who has a net worth of $1 million. Cody Kasch was born in Santa Monica, California in August 1987. He is best known for playing the role of Zach Young on the TV series Desperate Housewives. Cody's older brother is actor Max Kasch.

Cody's first role came in the 1989 short Behind God's Back. He appeared on episodes of Martial Law, ER, The Others, Nash Bridges, The Practice, and Any Day Now. In 2000 he got a recurring role as Robert "Robbie" Miller in the TV series Normal, Ohio. His best known role was as Zach Young on the ABC comedy-drama Desperate Housewives from 2004 to 2011. He has also appeared in episodes of Boston Public, NYPD Blue, Family Affair, Boomtown, Phil of the Future, Law & Order: Special Victims Unit, Side Order of Life, Criminal Minds, CSI: Crime Scene Investigation, and It's Always Sunny in Philadelphia. Cody has also appeared in the films Asylum, The 2 Bobs, Chain Letter, The Encore of Tony Duran, and The First Five. Kasch won a Screen Actors Guild Award in 2005 and was nominated for a Young Artist Award in the same year. 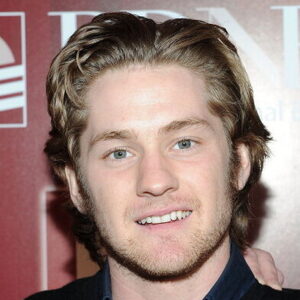