Cody Horn Net Worth and Salary: Cody Horn is an American actress who has a net worth of $3 million. Cody Horn was born on June 12, 1988 in Los Angeles, California. She is the daughter of Cindy (Harrell), a former model and actress, and Alan Horn.

Alan Horn is a highly-successful entertainment executive who formerly served as the president of Warner Bros. and currently is Chairman of Walt Disney. Cody Horn had already read her first screenplay by the time she was 9 years old and knew she wanted to be involved in the business. She started out on television, appearing in the high profile series Rescue Me (2004), The Office (2005) and White Collar (2009). Following in her mother's footsteps, she also began modeling with NEXT Model Management and landed work for Ralph Lauren Polo Jeans G.I.V.E. Campaign (2005-06). In 2012, she appeared in Steven Soderbergh's male stripper film Magic Mike. Other television and film productions she appeared in between 2010 and 2014 include Worst Friends, Flipped, Twelve, Dead Hands, Occupant, Violet & Daisy, End of Watch, Worst Friends and others. Horn has also played keyboards for the band Reserved for Rondee. In 2011, she won the Futures Award from the Environmental Media Association in 2011 for her work as an environmental activist. 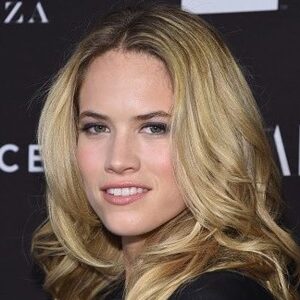