Coco Martin net worth: Coco Martin is a Filipino actor who has a net worth of $20 million dollars. Coco Martin was born in Novaliches, Quezon City, Philippines, and grew up with his grandmother. He began his career as part of "Star Magic", and made his film debut in 2001. He then worked primarily in commercials for the next several years.

He has become one of the Philippines most celebrated actors and has won a large number of awards. In 2005, his on-camera career took off and he began to work steadily. Since then, he has appeared in such projects as "Masahista", "Kaleldo", "Batanes", "Mga Kuwento Ni Lola Basyang: Ang Walong Bulag", "Ligaw na Bulaklak", "Daybreak", "Kinatay", "Nagsimula sa Puso", "100 Days to Heaven", "Growing Up", "My Little Juan", "Noy", "Captive", "24/7 In Love", and "A Moment in Time". He has won 36 major acting honors and has been nominated for 33 more. 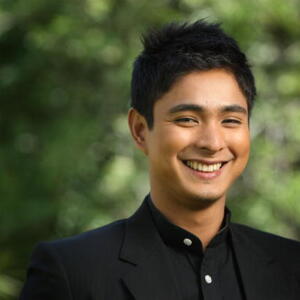