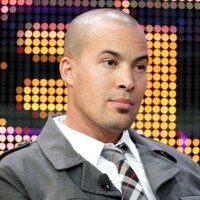 Coby Bell net worth: Coby Bell is an actor and producer who has a net worth of $2 million. Coby Bell has made his net worth through his acting roles in films such as Jude in "Showdown at Area 51," as Dreadlock Man in "Ball Don't Lie," as the voice of Tyler in "Flowers and Weeds" and more. He has also had many acting roles in television such as the role of Brett Nicholson in "ER," as Patrick Owen in "L.A. Doctors," as Tony Decker in an episode of "CSI Miami" and many more. He is currently co-starring in "Burn Notice" as Jesse Porter on the USA network. He has also had roles in the television series, "NYPD," and "Third Watch." Bell co-produced an independent film entitled "Drifting Elegant" in which he had a starring role. This was his first time as a film producer. Coby Bell was born in Orange County, California in 1975 and attended San Jose State College University in downtown San Jose. His father, Michel Bell was a Broadway actor. Coby Bell began his acting career in minor roles in television shows such as "Buffy the Vampire Slayer," "The Parent Hood," "Smart Guy" and other series. Besides his acting career, Bell also writes songs and plays in a Reggae Band and is a member of the Big Brothers of America. Coby Bell and his wife, Aviss-Pinkney Bell have twin girls, Serrae and Jaena, and a twin girl and boy, Quinn and Eli. He's been active in show business since 1997 and also goes by the name Cobins Robins Rue.