How much is Cobie Smulders Worth?

Cobie Smulders net worth and salary: Cobie Smulders is a Canadian actress who has a net worth of $25 million. She began her professional acting career with a small role on the show, "Jeremiah". From there, she went on to appear in supporting or recurring roles on multiple television shows, including, "Tru Calling", "Veritas: The Quest", "Smallville", and "The L Word". She became a household name when she was cast as Robin Scherbatsky on "How I Met Your Mother". In addition to her television work, she has appeared in such films as, "The Long Weekend" and "The Slammin' Salmon." Perhaps most importantly, she has starred in a number of films from the Marvel Cinematic Universe.

Salary: On "How I Met Your Mother" Cobie Smulders' peak salary was $225,000 per episode. That worked out to around $6 million for a single season.

Early Life: Smulders was born on April 3, 1982 in Vancouver, British Columbia, Canada. Her father was Dutch and her mother, British and she has four sisters. Her birth name is Jacoba Francisca Maria but she gained the nickname "Cobie" from an aunt of hers, whose name was also Jocoba. The family originally was raised in the White Rock neighborhood and then moved to West Point Grey, where Smulders attended Lord Lyng Secondary School for high school.

During her youth, Smulders was a member of the Girl Guides of Canada and also worked as a model, which she did not particularly enjoy and made her hesitant to enter show business. She participated in theatre while in high school and then enrolled at the University of Victoria after graduating. However, she decided to drop out in order to pursue acting.

Career: Smulders first began acting professionally when she landed a small role on an episode of the Showtime series, "Jeremiah." She also had a recurring role on "The L Word" as well as one on "Veritas: The Quest." She caught her big break after being cast as the character Robin Scherbatsky on the CBS sitcom "How I Met Your Mother" in 2005. The show was highly successful and won 10 Emmy Awards during its nine season run. Smulders maintained her role the entirety of the series.

Smulders continued taking other roles while on "How I Met Your Mother." She acted in an off-Broadway play, "Love, Loss, and What I Wore" at the Westside Theatre in June of 2010. She was then cast as the character Maria Hill in the 2012 film "The Avengers." In order to get into character, she trained with a Los Angeles SWAT team in order to receive proper gun training.Her role in "The Avengers" film led to greater fame, as she reprised the role in a number of other Marvel productions. She appeared as Hill in three episodes of "Agents of S.H.I.E.L.D." as well as in the films "Captain America: The Winter Soldier," "Avengers: Age of Ultron," Avengers: Infinity War," Avengers: Endgame," and Spider-Man: Far From Home."

Smulders has also appeared in a number of other films and television shows. In 2013, she played a supporting role in the romance "Safe Haven" and then had roles in "Delivery Man" and "They Came Together." She also did a bit of voice acting in the 2014 "The Lego Movie" in which she voiced the character of Wonder Woman. She was originally cast in the film, "Confirmation," but had to give up her role after breaking her leg.

She appeared in the 2016 comedy-drama, "The Intervention," alongside Natasha Lyonne, Ben Schwartz, Jason Ritter, and Vincent Piazza, among others. She then played opposite Tom Cruise in "Jack Reacher: Never Go Back." In 2017, she landed the role of mother on the Netflix series, "A Series of Unfortunate Events." She continued working with Netflix in 2017 in their original series, "Friends from College," in which she was cast as one of the main characters, Lisa Turner. In 2019, she played the main character in the ABC crime drama, "Stumptown," portraying a veteran suffering from PTSD named Dexedrine 'Dex' Parios. 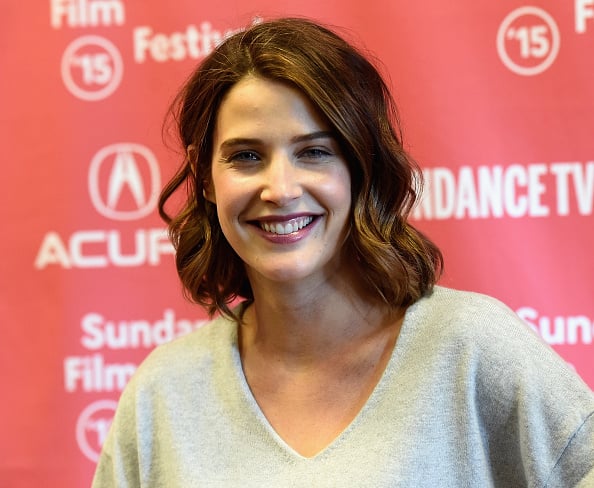 Personal Life: Smulders met actor, writer, and comedian Taran Killam at a friend's party in 2005. The two began dating and became engaged in January of 2009. They then married in September of 2012 in California. The couple have two daughters together, one born in 2009 and the other in 2015. The family lives in Pacific Palisades, California.

When Smulders was 25, she was diagnosed with ovarian cancer during the time she was filming "How I Met Your Mother." She underwent two surgeries in order to remove two ovarian tumors, but by that time the cancer had already spread. She then had to undergo a number of other operations over the next two years in order to continue battling the cancer. She announced in 2019 that she was in remission.

Smulders has thrown her support behind a number of charitable causes. She worked with Oceana, an international ocean conservation organization in 2014 in order to produce a public service announcement. During the Covid-19 pandemic, Smulders released a clip of herself singing "Let's All Stay at Home," which was a parody version of a song her character on "How I Met Your Mother" had performed called "Let's Go to the Mall." During the pandemic, she has openly supported causes and organizations like Save the Children, Canada Helps, and the Daily Bread Food Bank. Her support of conservation has also been clear through her work with National CleanUp Day, Clean Trails, and Planet Oat.

Real Estate: In 2009 Cobie paid $990,000 for a three-unit income property in LA's Los Feliz neighborhood. In 2017 she sold this property to comedian Demitri Martin for $1.4 million. 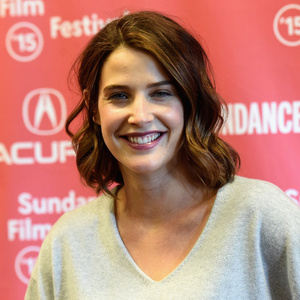