What was Cloris Leachman's Net Worth?

Cloris Leachman was an American actress who had a net worth of $10 million at the time of her death. Cloris Leachman's career spanned over seven decades. She was known for her Academy Award-winning performance in the 1971 film "The Last Picture Show," and for her roles on such television series as "The Mary Tyler Moore Show," "Promised Land," "Malcolm in the Middle," and "Raising Hope." Leachman earned 22 Emmy Award nominations across her career. At the time of her death Cloris held the record for most Emmy nominations received by an actress. Her 8 wins was a record for many years until Julia Louis-Dreyfus received her eighth and tying win.

She appeared on the seventh season of Dancing with the Stars, paired with Corky Ballas. At the time aged 82, she became the oldest contender on the show. In 2015, she also appeared on the hit reality series Celebrity Wife Swap, where she traded lives with actress, Pia Zadora.

Cloris Leachman was born on April 30, 1926 in Des Moines, Iowa as the eldest of three daughters of Cloris and Berkeley. Her sisters were Claiborne and Mary. As a teen, Leachman went to Theodore Roosevelt High School, and performed in youth plays at Drake University. Following her graduation, she enrolled at Northwestern University's School of Education.

While at Northwestern, Leachman competed as Miss Chicago in the Miss America 1946 pageant. She ended up winning a scholarship, and went on to study acting under filmmaker Elia Kazan at the Actors Studio in New York City. During the original run of Rodgers and Hammerstein's "South Pacific" in the early 50s, Leachman served as a replacement for the role of Nellie Forbush. Later, she appeared in the play "Come Back, Little Sheba," and then in "As You Like It" on Broadway. Leachman continued to appear in many Broadway productions over the ensuing years, including "A Story for a Sunday Evening," "Lo and Behold!," "Dear Barbarians," "Sunday Breakfast," "The Crucible," and "King of Hearts."

Leachman had a prolific career on the small screen starting in the 50s. That decade, she appeared in episodes of "Charlie Wild, Private Detective," "Alfred Hitchcock Presents," "Gunsmoke," and "Lassie." The next decade, she made appearances on a plethora of shows including "Rawhide," "Johnny Staccato," "Twilight Zone," "The Untouchables," "77 Sunset Strip," "Laramie," "Wagon Train," "Mr. Novak," "Dr. Kildare," "Perry Mason," "The Big Valley," "The Virginian," and "Mannix," among many others.

From 1970 to 1975, Leachman played her most famous television role, Phyllis Lindstrom, on the hit sitcom "The Mary Tyler Moore Show." She subsequently reprised the role on the spinoff series "Phyllis," which ran from 1975 to 1977. Leachman's other credits in the 70s included "Night Gallery," "Wonder Woman," "The Love Boat," and the miniseries "Backstairs at the White House." In the 80s, she had her biggest role on the sitcom "The Facts of Life," playing den mother Beverly Ann Stickle in the show's final seasons. Leachman next had a main role on the short-lived 1989 sitcom "The Nutt House." 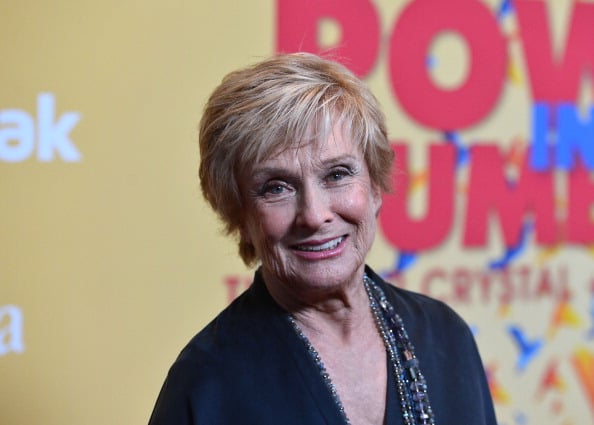 Leachman continued to be prolific on television throughout the 90s and 00s. From 1991 to 1992, she had a main role on the short-lived sitcom "Walter & Emily." She subsequently appeared on "The Nanny," "Maybe This Time," "Promised Land," "Touched by an Angel," and "Thanks." Leachman had one of her most acclaimed roles from 2001 to 2006, when she played the recurring role of Grandma Ida on the sitcom "Malcolm in the Middle." For her work, she received six consecutive Emmy nominations for Outstanding Guest Actress in a Comedy Series, winning twice. Also during this time, Leachman played Dot Richmond on the sitcom "The Ellen Show." In 2008, she competed on the reality competition show "Dancing with the Stars," coming in seventh place.

The largest television role of Leachman's late career came in 2010, when she began playing the senile family matriarch Maw Maw on the sitcom "Raising Hope." The show ran for four seasons through 2014, and earned Leachman another Emmy nomination. Among her later credits are episodes of "Kirstie," "Hot in Cleveland," "Girl Meets World," "Creative Galaxy," "Hawaii Five-0," "The Eleventh," "American Gods," "Elena of Avalor," and the 2019 reboot of "Mad About You." Additionally, Leachman appeared in numerous television films throughout her career; she received Emmy nominations for "A Brand New Life," "The Migrants," "It Happened One Christmas," and "Mrs. Harris."

Leachman had her first real role on the big screen in Robert Aldrich's 1955 film noir "Kiss Me Deadly." The following year, she appeared opposite Lee Marvin and Paul Newman in the war drama "The Rack." After appearing in "The Chapman Report" in 1962, Leachman reunited with Newman in the 1969 Western "Butch Cassidy and the Sundance Kid." She was subsequently in "WUSA," "The People Next Door," "Lovers and Other Strangers," and "The Steagle." In 1971, Leachman gave her most acclaimed film performance in Peter Bogdanovich's "The Last Picture Show," playing despondent middle-aged housewife Ruth Popper. For her work, Leachman won the Academy Award for Best Supporting Actress. Next, she was in "Charley and the Angel"; "Dillinger"; "Happy Mother's Day, Love George"; and "Daisy Miller." Leachman had a notable role as Frau Blücher in Mel Brooks' 1974 comedy "Young Frankenstein"; she later appeared in Brooks' films "High Anxiety" and "History of the World, Part I." Among Leachman's other credits in the 70s are "Crazy Mama" and "The Muppet Movie."

In the 80s, Leachman appeared in "Herbie Goes Bananas," "Foolin' Around," "Yesterday," "Walk Like a Man," and "Prancer," among other films. The next decade, she had notable roles in such films as "Texasville," "Love Hurts," "My Boyfriend's Back," "The Beverly Hillbillies," "Now and Then," and "Music of the Heart." Leachman also lent her voice to a number of animated films, including "The Iron Giant." Her credits in the early 2000s include "The Amati Girls," "Manna from Heaven," and "Spanglish," for which she earned a SAG nomination for Outstanding Performance by a Female Actor in a Supporting Role. Among Leachman's many other credits are "Sky High," "Beerfest," "The Fields," "The Oogieloves in the Big Balloon Adventure," "The Wedding Ringer," "The Comedian," "The Croods," and "Jump, Darling."

In 1953, Leachman married filmmaker and actor George Englund. Together, they had four sons named Bryan, Morgan, Adam, and George, and a daughter named Dinah. The pair divorced in 1979, and Leachman never remarried. A noted vegetarian and animal rights activist, Leachman posed for Alternative Medicine Digest and for a 2009 PETA advertisement.

Leachman passed away in her sleep in January of 2021 in her home in Encinitas, California. She was 94 years of age. 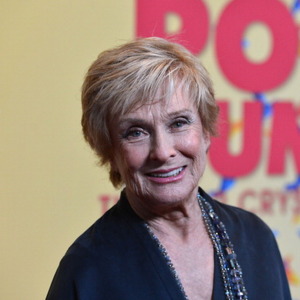