Clive Standen net worth: Clive Standen is an English actor who has a net worth of $3 million. He is best known for starring on the television series Taken.

Clive Standen was born in Hollywood, County Down, Northern Ireland in July 1981. In 2011 he starred as Gawain on the television series Camelot. Standen starred as Bryan Mills on the TV series Taken from 2017 to 2018. From 2013 to 2018 he starred as Rollo on the series Vikings. Clive Standen had a recurring role as Gabriel Taylor on the television series Mirage in 2020. He began starring as Anthony Lavelle on the TV series Council of Dads in 2020. Standen appeared in the films Hammer of the Gods, Everest, Patient Zero, In Like Flynn, and Vault. He also appeared in episodes of the TV series Waking the Dead, Doctors, Zero Hour, Doctor Who, Robin Hood, Atlantis, and more. He has starred in theatrical productions including West Side Story. 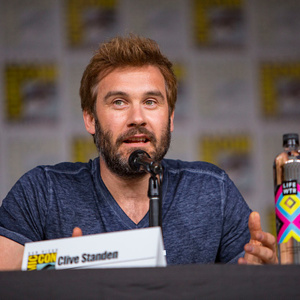