Clifton Davis net worth: Clifton Davis is an American actor, songwriter, singer, and minister who has a net worth of $3 million dollars. Clifton Davis was born in Chicago, Illinois, and began his professional career as a songwriter. He is most widely recognized as the writer of the Jackson 5 hit, "Never Can Say Goodbye".

He also recorded tracks himself. As an actor, he has appeared in such projects as "Love Story", "That's My Name", "Police Story", "Vega$", "The Littlest Hobo", "Dream Date", "The John Laroquette Show", "The Jamie Foxx Show", "Living Single", "Malcolm & Eddie", "Grace Under Fire", "The Sentinel", "Any Day Now", "City of Angels", "American Dreams", and "The First Family". He is most widely recognized for his co-starring role on "Amen". He is also an ordained Seventh Day Adventist minister. He graduated from Oakwood University with a B.A. in Theology, and also earned a Master of Divinity from Andrews University. 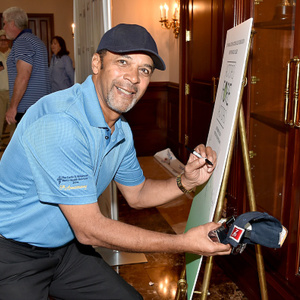