Clifton Collins, Jr. Net Worth: Clifton Collins, Jr. is an American actor who has a net worth of $2 million. Clifton Collins, Jr. was born in Los Angeles, California in June 1970. Collins has nearly 100 acting credits to his name. He first appeared in 1990 in the TV series Freddy's Nightmares and The Flash. In 1997 he starred as Nando Taylor in the television series Crisis Center. He starred as Jack "Bump" Hill in the TV mini-series Thief in 2006. From 2010 to 2011 Collins starred as Thomas in the TV series The Event. He starred as James Ramos in the series Red Widow in 2013. Clifton has also had recurring roles in the TV series Walker, Texas Ranger, Resurrection Blvd., Alias, The Shield, CSI: NY, and Cleaners. Collins has also starred in the movies Menace II Society, Poetic Justice, Dead Presidents, Sgt. Bilko, The Replacement Killers, Price of Glory, Traffic, The Rules of Attraction, American Girl, Capote, Little Chenier, Star Trek, Scott Pilgrim vs. The World, Pacific Rim, Parker, and Transcendence. For Traffic Collins won a Screen Actors Guild Award in 2001. He was nominated for a Primetime Emmy Award for Outstanding Supporting Actor in a Miniseries or a Movie in 2006 for Thief. He also directed the music video "Chicken Fried" by the Zac Brown Band. 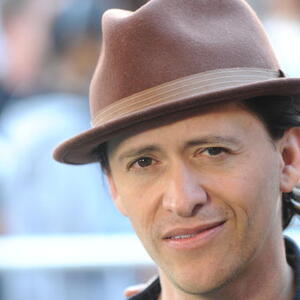