Cliff Robertson net worth: Cliff Robertson was an American actor who had a net worth of $5 million dollars. Born in La Jolla, California on September 9, 1923, Robertson was best known for his roles in PT 109 and the Academy Award-winning Charly. He was also known for playing ht role of Buzz Aldrin on the television series Return to Earth. His last well known film appearance include the role as Uncle Ben in the Spider-Man trilogy. He began working in the entertainment industry in 1943 and attended La Jolla High School as well as Antioch College where he eventually dropped out to pursue work as a journalist. Robertson was hand-picked by President John F. Kennedy to portray him in the film PT 109. He was a member of The Actor's Studio and won an Academy Award in 1968 for Best Actor in Charly, a film adaptation of Flowers for Algernon. Some of Robertson's better known films include Picnic, Autumn Leaves, Gidget, Sunday in New York, 633 Squadron, Devil's Brigade, Too Late the Hero, J.W. Coop, Three Days of the Condor, Obsession, Class, Star 80, Malone, Wild Hearts Can't Be Broken, and Riding the Bullet. Robertson had one daughter by the name of Stephanie with former wife, Cynthia Stone. He later married Dina Merrill and had another daughter by the name of Heather before divorcing in 1989. He was an avid flyer and owned several aircrafts including a number of de Havilland Tiger Moths and a Messerschmitt Bf 108. He died of natural causes on September 10, 2011 shortly after turning 88 years old in Stony Brook, New York. 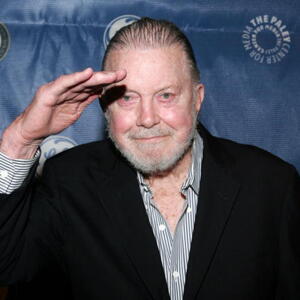