Cliff Curtis Net Worth: Cliff Curtis is a New Zealand actor who has a net worth of $3 million million dollars. Cliff Curtis was born in Rotorua, Bay of Plenty, New Zealand, and grew up in an artistic household. He began training in the traditional Maori fighting form known as mau rakau when he was child.

He also trained in the traditional Maori dance form, kapa haka. While going to school at Western Heights High School, he also began performing breakdancing and rock n' roll. He began his acting career appearing in musicals with local theater companies, and then went on to attend the New Zealand Drama School and Teatro Dimitri Scoula – Switzerland. He began his professional acting career appearing in a variety of productions with professional theaters in New Zealand. He made his film debut in 1993's "The Piano", and has since gone on to appear in such projects as "Once Were Warriors", "True Lies", "Rapa Nui", "Three Kings", "The Insider", "Collateral Damage", and "Colombiana". He is currently co-starring on the series, "Gang Related". 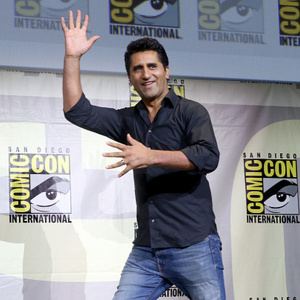