Clémence Poésy Net Worth: Clémence Poésy is a French actress and fashion model who has a net worth of $7 million dollars. Clémence Poésy was born October 30, 1982 in Meudon, Hauts-de-Seine, France. She is known for her roles as Fleur Delacour in the Harry Potter film series, Chloë in the film In Bruges and as Rana in 127 Hours. She is also known for her small role as Eva Coupeau on Gossip Girl. Early in her career, as a child stage actor, she took her mother's maiden name, Poésy, as her stage name. She attended an alternative school for most of her education, but spent her last year at L'École alsacienne. She trained at the Conservatoire National Supérieur d'Art Dramatique with her first roles being for French TV series between 1997 and 1999: Un homme en colère (1997) and Les monos (1999). Her first feature film was a German production, Olgas Sommer (2002) in 2002 and her second the 2003 French production Welcome to the Roses (2003). Her first English-speaking feature was as Mary, Queen of Scots in the 2004 Gunpowder, Treason & Plot (2004) TV movie, for which she won the 2005 FIPA for best actress. In 2012, she starred alongside Michael Caine in Mr. Morgan's Last Love and in 2012 made her Broadway debut in Cyrano de Bergerac as Roxane. Late in 2012 it was reported that Poésy had been cast as the female lead in the Sky Atlantic/Canal+ series The Tunnel. Clémence Poésy is known for her natural beauty, devoid of cosmetics and has stated that she does not like using them. 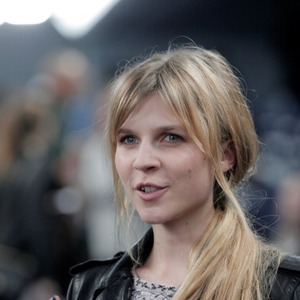