He starred on stage and won a Drama Desk and Tony Award for the Broadway production of Purlie. Little starred as Dr. Jerry Noland in the television series The New Temperatures Rising Show from 1972 to 1974. From 1990 to 1991 he starred as Sal on the TV series Bagdad Café. Little starred as Ron Freeman in the series True Colors from 1991 to 1992. He starred in several movies including Vanishing Point, Blazing Saddles, Greased Lightning, High Risk, Toy Soldiers, Once Bitten, and Fletch Lives. Little won a Primetime Emmy Awards in 1989 for Outstanding Guest Actor in a Comedy Series for Dear John. In 1994 he was awarded a star on the Hollywood of Walk of Fame at 7080 Hollywood Blvd. Cleavon Little passed away on October 22, 1992 at 53 years old from colorectal cancer. 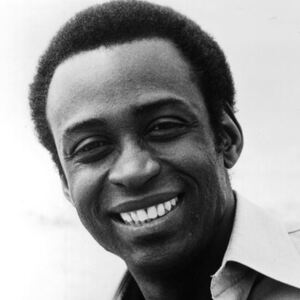