How much is Clayne Crawford Worth?

Clayne Crawford net worth: Clayne Crawford is an American actor who has a net worth of $4 million. Clayne Crawford was born in Clay, Alabama in April 1978. From 2006 to 2007 he had a recurring role as Mitchell Cafferty in the television series Jericho. In 2010 he had a recurring role as Kevin Wade in the TV series 24. Crawford had a recurring role as Ray Cargill in the series The Glades from 2010 to 2011 and as Danny "Cheat" Chetowski in the television series Rogue in 2014. From 2013 to 2015 he starred as Ted Talbot Jr. in the TV series Rectify. Crawford has also had recurring roles as Cade in the series NCIS: New Orleans in 2015 and as Martin Riggs in the series Lethal Weapon in 2016. He has also starred in the movies A Walk to Remember, Swimfan, The Baytown Outlaws, and Convergence. Crawford won a Young Hollywood Award in 2003 for One to Watch – Male. In 2016 he was nominated for a Critics Choice TV Award for Best Supporting Actor in a Drama Series for Rectify. 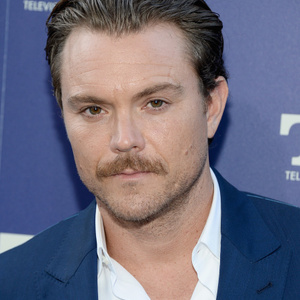