How much is Claudia Wells Worth?

Claudia Wells net worth: Claudia Wells is an American actress who has a net worth of $1 million. Claudia Wells was born in Kuala Lumpur, Malaysia in July 1966. She made her acting debut in the TV series Family in 1979. In 1982 Wells had a recurring role as Julie MacLane in the television series Herbie, the Love Bug. From 1984 to 1985 she starred as Shannon Halloran in the series Off the Rack. Wells starred as Linda Barrett in the TV series Fast Times in 1986. In 1985 she starred as Jennifer Parker in the movie Back to the Future. Wells also starred in the movies Still Waters Burn, Alien Armageddon, and Starship: Rising. She has also appeared in episodes of the TV series Rise and Shine, Strike Force, Lovers and Other Strangers, Fame, Trapper John, M.D., Simon & Simon, Brothers, and The Mentalist. In 1987 Wells won a Young Artist Award for CBS Schoolbreak Special. 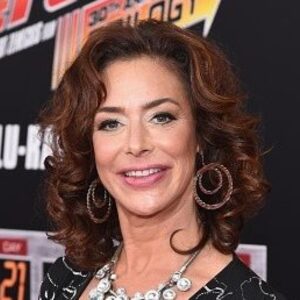