Claude Akins net worth: Claude Akins was an American actor who had a net worth of $2 million. Claude Akins was born in Nelson, Georgia in May 1926 and passed away in January 1994. Akins acted on stage and in film and television. One of his best known roles came starring as Sherriff Lobo in the TV series B.J. and the Bear and The Misadventures of Sherriff Lobo. Akins graduated from Northwestern University where he studied theater and also served in the U.S. Army Signal Corps during World War II. Akins had over 225 acting credits to his name starting with the movie From Here to Eternity in 1953. From 1974 to 1976 he starred as Sonny Pruitt in the TV series Movin' On. Akins starred as Sheriff Elroy P. Lobo in the TV series B.J. and the Bear from 1978 to 1979 and in The Misadventures of Sheriff Lobo from 1979 to 1981. Akins also starred in the movies Hot Summer Night, Twilight Zone, Comanche Station, Incident at Phantom Hill, A Man Called Sledge, Battle for the Planet of the Apes, and Falling from Grace. He also appeared in episodes of the TV series Dragnet, Gunsmoke, The Adventures of Superman, Bonanza, Fantasy Island, Murder, She Wrote, and Matlock. Claude Akins passed away on January 27, 1994 at the age of 67 from cancer. 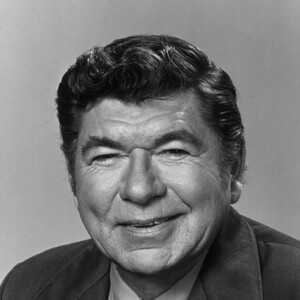