Clarke Peters Net Worth: Clarke Peters is an American-English actor who has a net worth of $1.5 million. Born Peter Clarke in New York City, New York, in 1952, Clarke Peters grew up in New Jersey and started participating in school plays as a kid. By the time he was in high school, Peters knew he wanted to be an actor.

He moved overseas in the early '70s to work on the set of a Paris musical. Soon after, the U.S. Army accused Peters of evading the draft, and by 1973, he was living in London and changed his name. Peters soon started landing work on West End productions, including "Bubbling Brown Sugar", "The Witches of Eastwick", and "Chicago". He has appeared in several Broadway productions as well, including "Chicago" and "The Iceman Cometh". He made his on-screen debut in 1979's "The Music Machine". Peters has since appeared in "Mona Lisa", "Notting Hill", "Freedomland", "The Poker House", "Life on Mars", "Damages", "Dreamland", "Treme", "Red Hook Summer", "Person of Interest", "Death in Paradise", "True Detective", and "Division 19". He starred as Lester Freamon on HBO's hit series "The Wire" from 2002 until 2008. Peters lives in Baltimore, Maryland, and London. He has several children, including his son, Max, with his current wife, Penny. 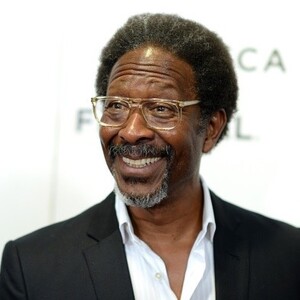