What was Clark Gable's Net Worth and Salary?

Clark Gable was an American actor who had a net worth of $10 million at the time of his death in 1960. After adjusting for inflation, that's equal to $100 million in today's dollars. Clark Gable was one of the most famous and profitable movie stars of Hollywood's Golden Age. In a career spanning 37 years, he starred in such classic films as "Red Dust," "It Happened One Night," "Mutiny on the Bounty," "Gone with the Wind," and "The Misfits." Gable frequently appeared onscreen alongside many of the era's top actresses, including Joan Crawford, Myrna Loy, Jean Harlow, and Lana Turner. The American Film Institute named Gable the 7th greatest male actor of all time. Gable received a star on the Hollywood Walk of Fame in 1960. Clark was married five times. His wives were (in order) Josephine Dillon, Rhea Langham, Carole Lombard, Lady Sylvia Ashley and Kay Spreckels. Clark had two children. Clark Gable passed away on November 16, 1960 at the age of 59 from a coronary thrombosis.

By and large, at the peak of his career Clark Gable earned between $50,000 and $75,000 per movie. That would have been the same as earning $1 – $1.5 million per movie today. In an average year he made around $200,000 in total income. He appeared on Quigley Publishing's Annual top Ten Money Making Stars list 16 times and earned enough money to be worth the equivalent of $100 million in today's dollars.

By the early 1940s, Clark was literally one of the highest paid individuals in all of America for the year. His total income for 1941 was $357,500. After adjusting for inflation, that's the same as $7,240,250 in today's dollars. That year Clark was America's second highest-earning citizen. The only person who earned more was studio executive Louis B. Mayer who earned $704,000 thanks largely to a one-time $500,000 bonus. 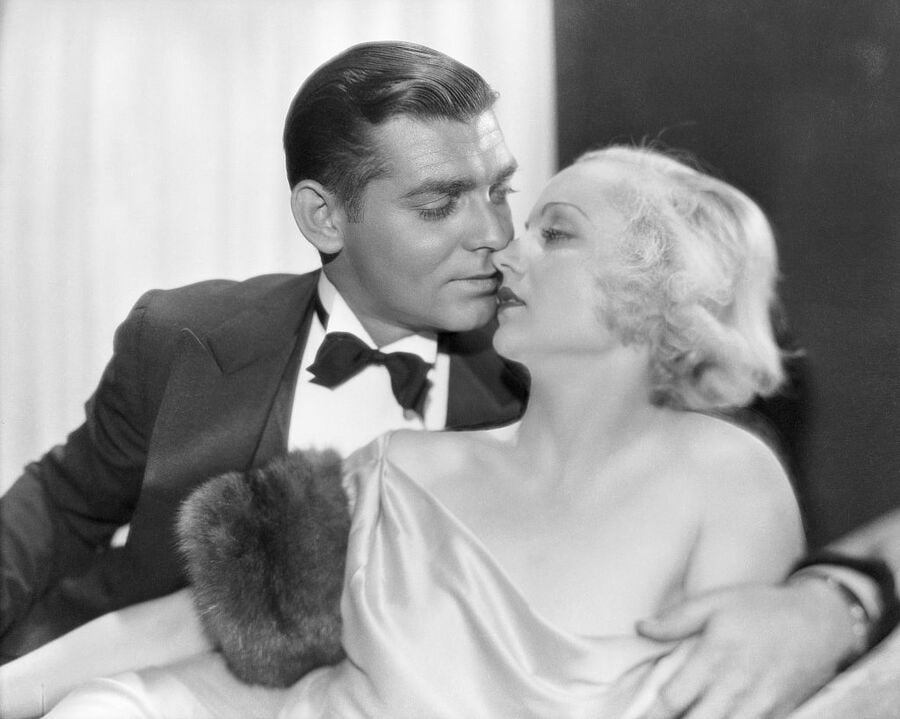 Clark Gable was born as William Clark Gable on February 1, 1901 in Cadiz, Ohio to Will and Adeline. His mother passed away when he was just ten months old, and his father went on to marry Jennie Dunlap. Gable learned how to play the piano from his stepmother, and also took up brass instruments. With his father, meanwhile, he repaired cars and went hunting. As an adolescent, Gable moved with his family to a farm near Akron, Ohio.

Following the death of his stepmother in 1920, Gable moved with his father to Tulsa, Oklahoma, where they worked in the oil industry. He subsequently went to the Pacific Northwest, touring with stock companies and taking on sundry odd jobs. In Portland, Oregon, Gable met theater manager Josephine Dillon, who became his acting coach and, eventually, wife. She fixed him up physically and trained him in preparation for his film career.

In 1924, Gable moved to Hollywood with Dillon. He soon began appearing as an extra in silent films, such as "Forbidden Paradise," "The Plastic Age," and "The Merry Widow." Failing to land any major roles, he returned to the stage, acting with the Laskin Brothers Stock Company in Houston, Texas. After that, Gable moved to New York City and appeared on Broadway in the plays "Machinal" and "Hawk Island."

Returning to Hollywood in 1930, Gable landed a contract with Pathé Pictures and appeared in his first sound film, "The Painted Desert." He subsequently moved to Warner Bros. to appear in the Barbara Stanwyck vehicle "Night Nurse." Soon after that, Gable signed with MGM, the studio that would turn him into a star. He went on to appear in "The Secret Six," "Hell Divers," and "Dance, Fools, Dance," his first of eight films costarring Joan Crawford. This launched Gable to leading man status, putting him on the path to becoming one of Hollywood's biggest male stars. His profile continued to rise with such films as "Laughing Sinners," "A Free Soul," "Susan Lennox," "Possessed," "Polly of the Circus," and "Strange Interlude." One of Gable's most famous early roles was in Victor Fleming's romantic drama "Red Dust," in which he starred opposite Jean Harlow and Mary Astor. After that, he starred in "Night Flight," "Men in White," and "Hold Your Man." 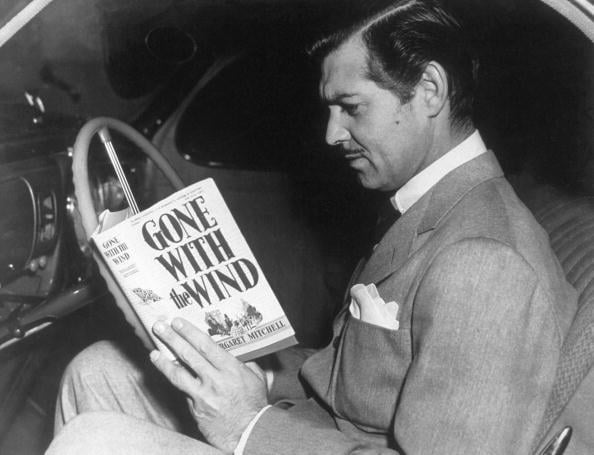 Gable gave one of his most acclaimed performances in 1934, starring opposite Claudette Colbert in Frank Capra's romantic comedy "It Happened One Night." A word-of-mouth smash, the film was the first to sweep all five of the major Academy Awards, including Best Actor for Gable. He had another huge hit in 1935 with "Mutiny on the Bounty," for which he earned his second Academy Award nomination. Gable starred in another naval film, "China Seas," the same year. His subsequent credits included "Wife vs. Secretary," "San Francisco," "Saratoga," and "Test Pilot." In 1939, Gable appeared in his most famous and iconic role: Rhett Butler in the epic historical romance "Gone with the Wind." He earned his third Academy Award nomination for his performance, while his costar Vivien Leigh won Best Actress and the film took home Best Picture. The last line delivered by Gable in the film, "Frankly, my dear, I don't give a damn," went on to become one of the most famous lines in film history.

Following "Gone with the Wind," Gable starred in such films as "Idiot's Delight," "Strange Cargo," "Boom Town," "Honky Tonk," and "Somewhere I'll Find You." His career was then disrupted by World War II and his enlistment in the US Army Air Forces. During his service, he produced and narrated the documentary "Combat America." After the war ended, he resumed his Hollywood acting career with the romantic drama "Adventure." He then starred in such films as "The Hucksters," "Homecoming," "Command Decision," "Any Number Can Play," "Key to the City," "To Please a Lady," "Lone Star," and "Never Let Me Go." In 1953, Gable starred in "Mogambo," a remake of his early hit "Red Dust." He starred in "Betrayed" the next year, and then left MGM due to dissatisfaction with the roles he was being offered. Moving to 20th Century Fox, Gable starred in "Soldier of Fortune" and "The Tall Men." Later in the decade, he starred in "Band of Angels" for Warner Bros., and then in a number of films for Paramount including "Teacher's Pet" and "It Started in Naples." Gable's final film, "The Misfits," was released posthumously in 1961.

Gable was married a total of five times and had several other romantic relationships. Early in his adulthood, he was engaged to actress Franz Dorfler; she ultimately introduced him to Josephine Dillon, who became his first wife. Gable and Dillon were married from 1924 until their divorce in 1930. The following year, Gable wed Texas socialite Maria Langham, whom he divorced in 1939. Just days after the divorce, he married actress Carole Lombard, with whom he had one of his most blissful relationships. Unfortunately, in 1942, Lombard was among the 22 passengers killed in an airplane crash. Later in the decade, Gable married British actress and model Sylvia Ashley; they divorced in 1952. Three years later, he wed actress Kay Williams, with whom he had his only son, John. Gable also had a daughter named Judy with actress Loretta Young in the 1930s.

In late 1960, Gable had a heart attack and was sent to the hospital. A little over a week later, he had another heart attack and passed away at the age of 59. Gable is interred at Glendale's Forest Lawn Memorial Park next to his third wife Carole Lombard.

In 1939 Clark and Carole Lombard paid $50,000 (the modern equivalent of $1 million) for a 20-acre property that featured a 7,100 square foot mansion located in the LA suburb of Encino. The proceeded to fence-in the property to provide privacy and security. The planted citrus trees and maintained a barn for cows, chickens and pigs.