Clarence Williams III was born in New York, New York, and grew up in a family of performers. His parents were often on tour, and he grew up with his grandmother. He became interested in acting as a child, and shifted his focus to acting full-time after returning from two years in the U.S. Air Force. He got his start working in the theater in New York, and received a Tony-nomination for his performance in "Slow Dance on the Killing Ground" in 1964. He became a household name, when he was cast as Linc Hayes on the "Mod Squad" in 1968. He co-starred on the series until its run ended in 1973. From there, he went on to co-starring, guest-starring, and recurring roles in such projects as, "House of Dies Drear", "Hill Street Blues", "Purple Rain", "Twin Peaks", "New York Undercover", "Burn Notice", and "Justified", among many other television shows and movies. Between 2003 and 2007, Clarence Williams III appeared as a recurring role in the Hallmark Channel movie series Mystery Woman. 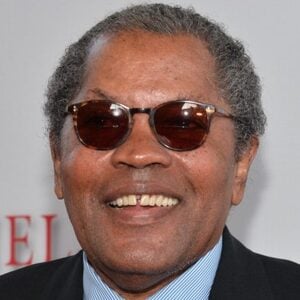