Clarence Gilyard Net Worth: Clarence Gilyard is an American actor and college professor who has a net worth of $5 million. Clarence Gilyard was born in Moses Lake, Washington in December 1955. He moved to Los Angeles, California to become an actor in 1980. He acted on stage and was the first black actor to play the cheerleader in Bleacher Bums.

His first TV appearance came on the series Diff'rent Strokes in 1981. From 1982 to 1983 he starred as Benjamin Webster in the TV series CHiPs. In 1984 Gilyard starred in the series The Duck Factory. In 1986 he appeared in the movies Top Gun and The Karate Kid, Part II. He played Theo in the movie Die Hard in 1988 and starred as Conrad McMasters in Matlock from 1989 to 1993. From 1993 to 2001 he starred as James Trivette in the television series Walker, Texas Ranger. Clarence starred in the 2013 TV series artScene. Gilyard won awards for Supporting Actor in Walker, Texas Ranger at the 1999 Lone Star Film & Television Awards and the 2000 Image Awards. He spent a year as an Air Force Academy cadet and played college football. He received his master's degree in teaching theater at Southern Methodist University and is now an Associate Professor in the College of Fine Arts – Department of Theatre at the University of Nevada, Las Vegas. 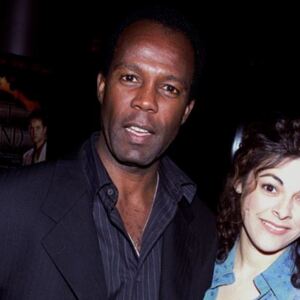