Clancy Brown net worth: Clancy Brown is an American actor and voice over artist who has a net worth of $3 million dollars. Clancy Brown was born in Urbana, Ohio, and graduated from Northwestern University, where he studied theater. He began his professional acting career onstage in Chicago, and then relocated to Los Angeles.

Once in L.A., he launched a successful on-camera and voice over career that has spanned decades. He is most widely recognized for his work in such films as "The Adventures of Buckaroo Banzai Across the 8th Dimension", "Highlander", "Shoot to Kill", "Moonwalker", "Blue Steel", "Past Midnight", "Pet Sematary 2", "The Shawshank Redemption", "Starship Troopers", "Snow White: The Fairest of Them All", "Pathfinder", "Cowboys and Aliens", and "Homefront". He has provided voices for multiple television shows and videogames, including "Gargoyles", "Superman: The Animated Series (as Lex Luthor), "The Incredible Hulk", "The Real Adventures of Johnny Quest", "SpongeBob SquarePants" (as Mr. Krabs and others), "Super Robot Monkey Team Hyperforce Go!", and many, many others. 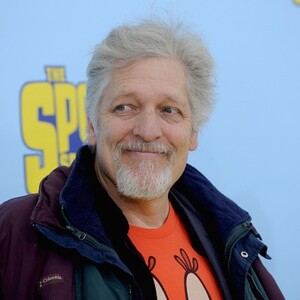