Claire Holt Net Worth: Claire Holt is an Australian actress who has a net worth of $500 thousand dollars. Born June 11, 1988 in Brisbane, Australia, she enjoyed singing, playing the piano and guitar, and was a member of the school choir. She appeared in commercials before launching her acting career on Network 10's popular teen series H20: Just Add Water, about three teenage girls who transform into mermaids when they come into contact with water.

Holt's character, Emma Gilbert, was the most responsible and confident of the three mermaids and possessed the power to freeze water, and to control clouds, ice and snow. After leaving the series, Holt appeared in the ABC Family made-for-TV movie Mean Girls 2, a sequel to the blockbuster comedy Mean Girls (2004), about a high school female clique and starring Lindsay Lohan. In the sequel, Holt played a slow-witted blonde with an out-of-control libido. She then landed a recurring role on the drama Pretty Little Liars, about four girls who ran the risk of having their secrets revealed by a mysterious figure who sends them cryptic notes. In 2011, Holt joined the cast of The CW's supernatural drama The Vampire Diaries, about teenage girl who is torn between two vampire brothers. Holt's character, Rebekah, instantly became a fan favorite. In early 2013, Holt joined the cast of a spin-off series The Originals. 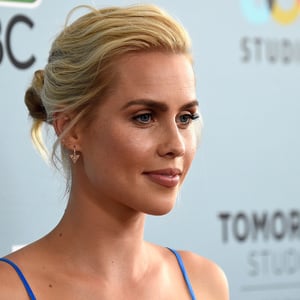