Cindy Williams net worth: Cindy Williams is an American actress who has a net worth of $10 million. Cindy Williams is best known for her role as Shirley Feeney on the ABC sitcom "Happy Days," and its spinoff, "Laverne & Shirley." She also had major roles on the short-lived sitcoms "Normal Life" and "Getting By," and has appeared in a number of television films. On the big screen, Williams has been in movies including "American Graffiti," "The Conversation," "Big Man on Campus," and "Meet Wally Sparks."

Early Life and Career Beginnings: Cindy Williams was born as Cynthia Jane Williams in 1947 in the Van Nuys area of Los Angeles, California. Her mother, Francesca, was a waitress, while her father, Beachard, was an electronic technician. She has one sister, Carol Ann. The family moved to Dallas, Texas when Williams was a year old, and returned to Los Angeles when she was ten. As a child, she wrote and acted at church, and later acted at Birmingham High School, from which she graduated in 1965. Subsequently, Williams enrolled at Los Angeles City College as a theater major.

Following her college graduation, Williams started her career by appearing in commercials for such brands as Foster Grant and TWA. She then landed guest roles on television series including "Room 222," and the sitcoms "My World and Welcome to It," "Barefoot in the Park," and "Nanny and the Professor." During this time, Williams appeared in the films "Gas-s-s-s" and "Drive, He Said," the latter of which was Jack Nicholson's directorial debut.

Television Career and "Laverne & Shirley": In the first half of the 70s, Williams made appearances in episodes of the sketch comedy "The Funny Side," the sitcom "Getting Together," the anthology series "Love, American Style," the police procedural "Hawaii Five-O," and the detective series "Cannon." Williams' most famous role came in 1975, when she was cast as brewery bottle capper Shirley Feeney in an episode of the hit sitcom "Happy Days." Appearing alongside Penny Marshall as Laverne De Fazio, Williams' five-episode appearance was so popular with audiences that producer Garry Marshall commissioned a spinoff series focused on Shirley and Laverne. The resulting program, "Laverne & Shirley," debuted in 1976. Running for eight seasons and 159 episodes, the show was a huge hit, garnering numerous accolades. Among the honors, Williams was nominated for the Golden Globe Award for Best Actress in a Television Series Musical or Comedy. While still on "Laverne & Shirley," Williams hosted "Saturday Night Live," appeared as herself in two episodes of the crime drama "CHiPs," and voiced Shirley Feeney for two Hanna-Barbera animated television productions.

Later Television Career: Throughout the 80s, Williams was in numerous television films, including "When Dreams Come True," "Joanna," "The Leftovers," "Save the Dog!," and "Tricks of the Trade." In 1990, she was in the television films "Steel Magnolias," "Menu for Murder," and "Perry Mason: The Case of the Poison Pen." That year, she also had a lead role on the sitcom "Normal Life," which lasted for 13 episodes. Another lead sitcom role came on "Getting By," which ran for 31 episodes from 1993 to 1994. Subsequent credits in the 90s included "Lois & Clark: The New Adventures of Superman," "Touched by an Angel," and "Hope & Gloria," as well as the television films "Escape from Terror: The Teresa Stamper Story," "The Stepford Husbands," and "The Patty Duke Show: Still Rockin' in Brooklyn Heights."

Williams began the 2000s with recurring roles on the Comedy Central sitcom "Strip Mall" and the NBC sitcom "For Your Love." She was subsequently in episodes of the sitcoms "Son of the Beach" and "The Brothers García," and appeared on the 2002 television special "Laverne & Shirley: Together Again." Among Williams' other credits are "7th Heaven," "Less Than Perfect," "8 Simple Rules," "Law & Order: Special Victims Unit," "Girlfriends," "Drive," and the 2016 CBS reboot of "The Odd Couple." 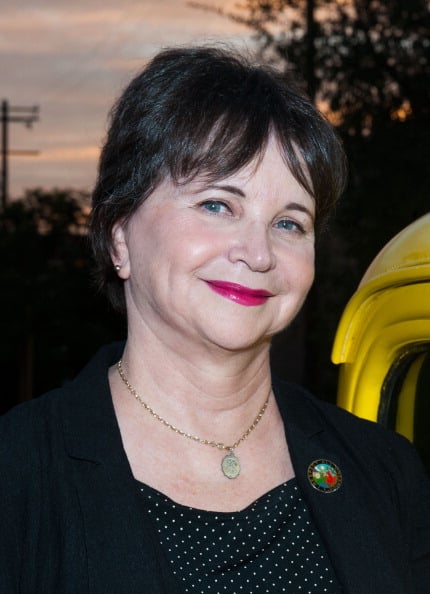 Film Career: Early on in her acting career, Williams landed a significant role in George Cukor's 1972 comedy "Travels with My Aunt," portraying a young American hippie aboard the Orient Express. In 1973, she had another prominent role in George Lucas' "American Graffiti," playing the high school sweetheart of Ron Howard's character. For this performance, she received a BAFTA nomination for Best Supporting Actress. This was followed by a part in Francis Ford Coppola's critically acclaimed thriller "The Conversation," starring Gene Hackman. Throughout the remainder of the 70s, Williams appeared in the crime drama "Mr. Ricco," the comedy spoof "The First Nudie Musical," and the sequel to "American Graffiti," "More American Graffiti."

Among Williams' film credits in the 80s are the comedies "The Creature Wasn't Nice," "UFOria," "Big Man on Campus," and "Rude Awakening." In the 90s, she was in the family comedy "Bingo" and the Rodney Dangerfield comedy "Meet Wally Sparks." Later credits have included "The Biggest Fan," "The Legend of William Tell," and "Stealing Roses," the latter of which she also served as an associate producer on.

Theatrical Career: In 2007, Williams made her Broadway debut as Mrs. Tottendale in the musical "The Drowsy Chaperone." She has also performed in the national tours of such productions as "Grease," "Deathtrap," and "Moon Over Buffalo." In 2008, she reunited with "Laverne & Shirley" costar Eddie Mekka for a regional production of the comedy play "It Had to Be You."

Personal Life: From 1982 to 2000, Williams was wed to musician and actor Bill Hudson, of the musical trio the Hudson Brothers. They had two children, daughter Emily and son Zachary. Bill's daughter from his previous marriage to Goldie Hawn is actress Kate Hudson. 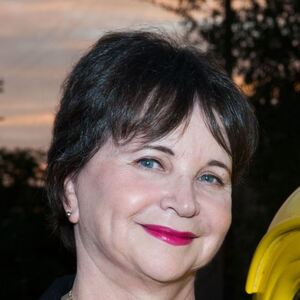