Cilla Black net worth: Cilla Black was an English singer, actress, and entertainer who had a net worth of $25 million. Cilla Black was born in Vauxhall, Liverpool, England in May 1943 and passed away in August 2015. Black was associated with the Beatles and released many albums. Her single "Anyone Who Had a Heart" reached #1 in the UK and Ireland and her single "You're My World" reached #1 in Australia and the UK.  Black also found success with the singles "Love Of The Loved", "It's For You", "You've Lost That Lovin' Feelin", "Alfie", "Step Inside Love", "If I Thought You'd Ever Change Your Mind", and "Something Tells Me (Something's Gonna Happen Tonight)".

She hosted the television series Cilla on the BBC from 1968 to 1976 and hosted the TV series Blind Date from 1985 to 2003 and Surprise Surprise from 1984 to 2001. Black won a British Comedy Award in 1996, a Broadcasting Press Guild Award in 2000, and a BAFTA Award in 2014. She authored her autobiographies Step Inside and What's It All About?. Cilla Black passed away on August 1, 2015 from a stroke at age 72. After she died it was revealed that she had an estate worth $20 million excluding real estate and a home valued at around $5 million. 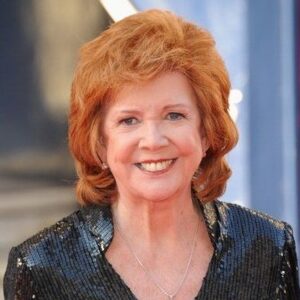