Cicely Tyson net worth: Cicely Tyson was an American actress who had a net worth of $10 million dollars at the time of her death in 2021. During her iconic career, Cicely won three Emmy Awards, a Screen Actors Guild Award, a Tony, a Peabody and an honorary Academy Award.

Cicely Tyson was born in Harlem, New York on December 19, 1924. She began her professional career as a model. She then branched out into film work in the mid-50s, with a small role in the film, "Carib Gold". From there, she began working on television, appearing on "East Side/West Side" and "The Guiding Light".

She began to gain widespread notice for her work in the 1961 Off-Broadway production of "The Blacks", which ran for 1408 performances. This led to more high profile projects, and she appeared in such films as "A Man Called Adam", opposite Sammy Davis, Jr., and starred in "The Comedians". She became a household name for her Oscar-nominated performance in "Sounder" in 1972, and then went on to win two Emmy Awards for her performance in "The Autobiography of Miss Jane Pittman", two years later. In 2011 she appeared in  "The Help". In 2012 she appeared in "Alex Cross". Between 2015 and 2020 she appeared in the series "How to Get Away with Murder".

She was the founder of the Cicely Tyson School of Performing and Fine Arts in East Orange, New Jersey. 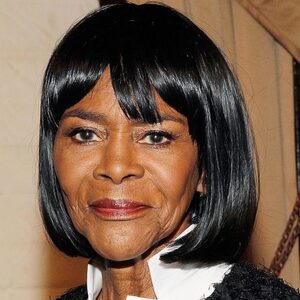