What is Ciarán Hinds' Net Worth and Salary?

Ciarán Hinds is an Irish actor who has a net worth of $5 million. Ciarán Hinds best known for his performances in such films as "Persuasion," "Road to Perdition," "Munich," "Silence," and "Belfast," the lattermost of which garnered him an Academy Award nomination for Best Supporting Actor. On television, he has appeared on such series as "Rome," "Above Suspicion," and "Game of Thrones." Hinds has also acted on stage with the Royal Shakespeare Company, the Royal National Theatre, and the Glasgow Citizens' Theatre, among other companies.

Ciarán Hinds was born on February 9, 1953 in Belfast, Northern Ireland as one of five children of amateur actress Moya and doctor Gerry. Raised Catholic, he attended Holy Family Primary School and St. Malachy's College. Hinds subsequently went to the College of Business Studies, and then enrolled as a law student at Queen's University Belfast. However, after being persuaded to pursue a career in acting, he left Queen's to attend the Royal Academy of Dramatic Art, from which he graduated in 1975. At the school, Hinds performed in productions of such plays as "The Seagull," "Arden of Faversham," and "Objections to Sex and Violence."

In 1981, Hinds made his feature film debut playing King Lot in the epic medieval fantasy "Excalibur." He didn't return to the big screen until 1989, when he played a pimp in Peter Greenaway's "The Cook, the Thief, His Wife & Her Lover." Hinds followed this with roles in a string of literary adaptations, including "December Bride," "Persuasion," "Circle of Friends," and "Mary Reilly." He was subsequently in "Some Mother's Son," "The Life of Stuff," "Oscar and Lucinda," "Titanic Town," "The Lost Son," and "The Lost Lover." In the early 00s, Hinds' credits included "The Weight of Water," "The Sum of All Fears," "Road to Perdition," "Veronica Guerin," "Lara Croft: Tomb Raider – The Cradle of Life," "Calendar Girls," and "The Statement." He continued to land many roles over the remainder of the decade, with notable credits such as Steven Spielberg's "Munich"; Michael Mann's adaptation of "Miami Vice"; Michael Apted's biographical drama "Amazing Grace"; Noah Baumbach's "Margot at the Wedding"; Paul Thomas Anderson's "There Will Be Blood"; Conor McPherson's "The Eclipse"; and Todd Solondz's "Life During Wartime."

Hinds had one of his most prolific years in 2011, when he appeared in a whopping seven films. They were "Harry Potter and the Deathly Hallows – Part 2"; "The Debt"; "The Rite"; "Salvation Boulevard"; "Tinker Tailor Soldier Spy"; "The Shore"; and "Ghost Rider: Spirit of Vengeance." Hinds was subsequently in such films as "The Woman in Black," "John Carter," "Closed Circuit," "The Sea," "The Disappearance of Eleanor Rigby," "Last Days in the Desert," "Hitman: Agent 47," "Silence," and "Woman Walks Ahead." He also lent his voice to the Disney animated film "Frozen" and its sequel "Frozen 2," and appeared via motion capture in the superhero film "Justice League." His other credits have included "Red Sparrow," "First Man,"  and "Cottontail." In 2021, Hinds gave one of his most acclaimed film performances in Kenneth Branagh's coming-of-age drama "Belfast." Playing the grandfather of the young protagonist, he received an Academy Award nomination for Best Supporting Actor. 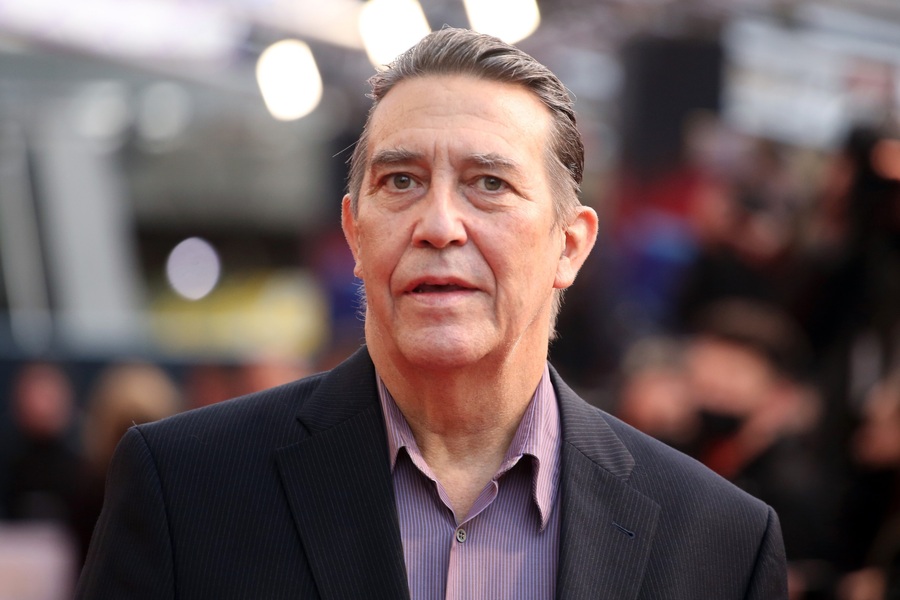 Early in his television career, Hinds made appearances on such British series as "The Play on One," "Perfect Scoundrels," "Between the Lines," "Prime Suspect 3," and "Soldier Soldier." He was also in the American television films "Hostages" and "The Affair." Hinds had one of his first substantial roles on a series in 1996, when he starred opposite Albert Finney and Frances de la Tour in the four-part British dystopian science-fiction drama "Cold Lazarus." Following this, he appeared in a television film adaptation of "Jane Eyre" and a miniseries adaptation of "Ivanhoe."

In 2000, Hinds was in the television films "Jason and the Argonauts," "Thursday the 12th," and "The Sleeper." He next played the leading role of Michael Henchard in "The Mayor of Casterbridge," a 2003 British television film based on the eponymous Thomas Hardy novel. A couple years later, Hinds began one of his most notable television roles, playing Gaius Julius Caesar in the first season of the historical drama series "Rome." He followed this with another of his most renowned roles on the crime drama "Above Suspicion," which ran for four seasons from 2009 to 2012. Based on Lynda La Plante's series of Anna Travis novels, "Above Suspicion" stars Kelly Reilly as Travis and Hinds as James Langton. Following this, Hinds had a main role in the miniseries "Political Animals." He next played Mance Rayder in seasons four through six of "Game of Thrones." Hinds' other credits have included the British crime series "Shetland," the American anthology series "The Terror," and the Irish crime series "Kin."

Hinds has been prolific on the stage since he began his professional acting career in the mid-70s with the Glasgow Citizens' Theatre. With that company, he made his debut in a production of "Cinderella"; he was subsequently in such shows as "The Country Wife," "The Importance of Being Earnest," "Macbeth," "Chinchilla," "Figaro," "Semi-Monde," "Vautrin," "Loot," and "Dick Whittington." Hinds continued to work regularly with the Glasgow Citizens' Theatre over the decades, with just some of his other credits including "Don Juan," "The Roman Actor," "The Mother," "Sirocco," "Oroonoko," "Blithe Spirit," "Faust," and "Richard III."

Elsewhere on stage, Hinds has maintained close relationships with the Royal Shakespeare Company and the Royal National Theatre, appearing in productions of such plays as "Edward II," "Troilus and Cressida," and "Burnt by the Sun." One of his most renowned roles was in Patrick Marber's "Closer," in which he played Larry in both the London and Broadway productions in the late 90s. Among his plethora of other credits, Hinds has been in "The Seafarer," "The Night Alive," "Hamlet," "The Crucible," "Translations," and "Uncle Vanya."

In 1987, Hinds wed French-Vietnamese actress Hélène Patarot, whom he met while they were both performing in a production of "The Mahabharata." The couple lives in Paris, France, and has a daughter named Aoife who is also an actor. 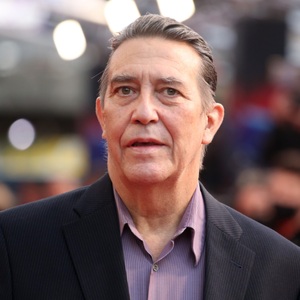