Ciara Bravo net worth: Ciara Bravo is an American actress who has a net worth of $2 million. Ciara Bravo was born in Alexandria, Kentucky in March 1997. She was discovered at the Mike Beauty Model and Talent Expo at nine years old. Bravo started as a voice actress in the TV series Can You Teach My Alligator Manners? and Special Agent Oso. From 2009 to 2013 she starred as Kate Knight in the television series Big Time Rush. She has starred as Emma Chota in the TV series Red Band Society since 2014. Bravo has done voice work for the movie Open Season 3, the video Happiness Is a Warm Blanket, Charlie Brown, the TV short Ice Age: A Mammoth Christmas, and the TV series The Penguins of Madagascar. In 2012 she was nominated for a Young Artist Award for Best Performance in a TV Series – Supporting Young Actress for Big Time Rush. 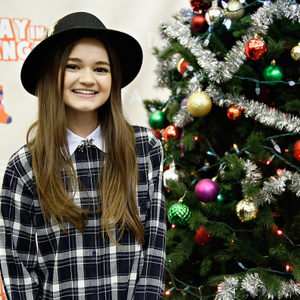