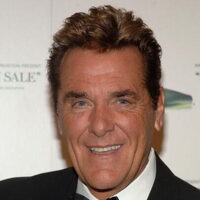 What is Chuck Woolery's Net Worth and Salary?

Chuck Woolery was born Charles Herbert Woolery on March 16, 1941, in Ashland, Kentucky. His mother, Katherine, was a homemaker, and his father, Dan (who passed away in 1969), owned a company that sold fountain supplies; Chuck also has an older sister, Sue. After high school, he enrolled at the University of Kentucky but left to join the Navy in 1960. Woolery served two years, then studied economics at Morehead State University, but he dropped out in 1967 to pursue a music career. In the early 1960s, Chuck worked as a sales representative for Pillsbury and as a consultant for Wasserstrom Wine in Columbus, Ohio.

Woolery was a member of The Bordermen in the early 1960s, providing vocals and playing the double bass for the folk trio. He was also in the psychedelic pop duo The Avant-Garde, which also included Elkin "Bubba" Fowler. The Avant-Garde signed a deal with Columbia Records, and in 1968, they had their first and only hit, "Naturally Stoned." Chuck later released five records on Columbia as a solo artist, then switched to RCA and released the singles "Forgive My Heart" and "Love Me, Love Me." He took a break from music to focus on acting, but in the late 1970s, he released tracks on Epic Records and Warner Bros. Records, and his singles "Painted Lady" and "The Greatest Love Affair" reached #78 and #94, respectively, on the "Billboard" Hot Country Songs chart. Woolery also co-wrote the song "The Joys of Being a Woman," which was featured on Tammy Wynette's 1971 album "We Sure Can Love Each Other." 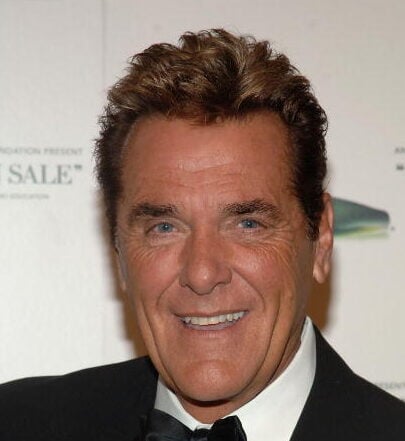 From 1999 to 2000, Woolery hosted "Greed" on the Fox network as well as "TV Land Ultimate Fan Search," and he began hosting "Lingo" on the Game Show Network (GSN) in 2002. After "Lingo" ended in 2007, he hosted GSN's "Think Like a Cat"(2008). Chuck also hosted "The Price Is Right Live!," which took place at Harrah's in Las Vegas, and he participated in the Las Vegas Hilton's "$250,000 Game Show Spectacular," which ran from October 2007 to April 2008. In 2012, Woolery got his own nationally syndicated radio show, "Save Us, Chuck Woolery," and two years later, he started the podcast "Blunt Force Truth," which he co-hosts with Mark Young. On the podcast, he examines "current events and politics through his no-nonsense, conservative perspective."

Chuck married Margaret Hayes in 1963, and they had daughter Katherine and son Chad together and adopted another son, Cary, before divorcing. Sadly, Chad was killed in a motorcycle accident in 1986 when he was19 years old. Woolery also ha*-d a daughter, Melissa, with Jo Ann Pflug, who he was married to from 1972 to 1980, and two sons, Sean and Michael, with Teri Nelson, his wife from 1985 to 2004. Chuck has been married to Kim Barnes since 2006. Woolery is a conservative gun rights activist and has said that his support of Donald Trump ruined his career. In July 2020, Woolery tweeted that "the CDC, Media, Democrats, our Doctors" have been lying about the Coronavirus pandemic, saying that "it's all about the election and keeping the economy from coming back." One day later, he tweeted the news that his son had been diagnosed with COVID-19.

In 2006, Chuck shot a commercial for a residential development in Horseshoe Bay, Texas, and a few days later, he bought a lakefront home there. He previously owned a 5,595 square foot home in Los Angeles, which he sold for $1.755 million in 2002.