Chuck Norris Net Worth: Chuck Norris is an American martial artist, actor, screenwriter, and producer who has a net worth of $70 million. Norris is best known for his mastery of martial arts and all-around badassery. He is also the subject of the popular internet meme, Chuck Norris facts.

Early Life: Carlos Ray "Chuck" Norris was born on March 10, 1940,  in Ryan, Oklahoma. Norris is the oldest of three brothers. When Norris was 16, his parents divorced and he later relocated to Prairie Village, Kansas, and then to Torrance, California with his mother and two younger brothers. Norris wasn't an athletic kid. He was shy and an average student. His father went on alcohol drinking binges that lasted for months at a time.

Career: In 1958, Chuck Norris joined the Air Force as an Air Policeman stationed at Osan Air Base in South Korea. While there, he began training in martial arts. When he returned to the U.S. he was stationed at March Air Force Base in California. Norris was discharged from the Air Force in late summer 1962. He applied to be a police officer in Torrance, California and opened a martial arts studio. Norris started competing in martial arts tournaments. He lost his first two tournaments. He also lost three matches at the International Karate Championships. By 1967, Norris was adept enough in the martial arts to win some matches. Then on June 3, 1967, Norris defeated seven opponents. By this time, Norris owned a chain of karate school with celebrity clients including Steve McQueen, Priscilla Presley, and Donny and Marie Osmond. In early 1968 Norris lost the 10th and final match of his career. Later that year, he won the first of six consecutive Professional Middleweight Karate championships. It was at this time that Norris met and became friends with actor Bruce Lee.

In 1969, Norris won Karate's Triple Crown –the most tournament wins of the entire year. He was also named Fighter of the Year and made his acting debut in "The Wrecking Crew," opposite Dean Martin. In 1972, he appeared opposite his friend Bruce Lee in "Way of the Dragon"/"Return of the Dragon."  The producer of the film told 5'10" Norris to gain 20 pounds for the role so that he would look larger than Bruce Lee on film. In a 2007 interview, Norris said: "That's why I don't do jump kicks [in the movie]. I couldn't get off the ground!"

In the early 1980s, Norris was a spokesperson for "Action Jeans." Originally called Karate Jeans, the pants had flexible fabric sewn into the crotch that would allow the wearer to execute perfect kicks while wearing fashionable jeans. Norris promoted the pants for years.

He had his own cartoon show in the 1980s. "Chuck Norris: Karate Kommandos," which featured Norris and characters like Superninja and The Claw. The show was ultimately deemed too violent and canceled.

From 1993 to 2001, Chuck Norris appeared in the starring role on the popular and long-running television series "Walker, Texas Ranger. 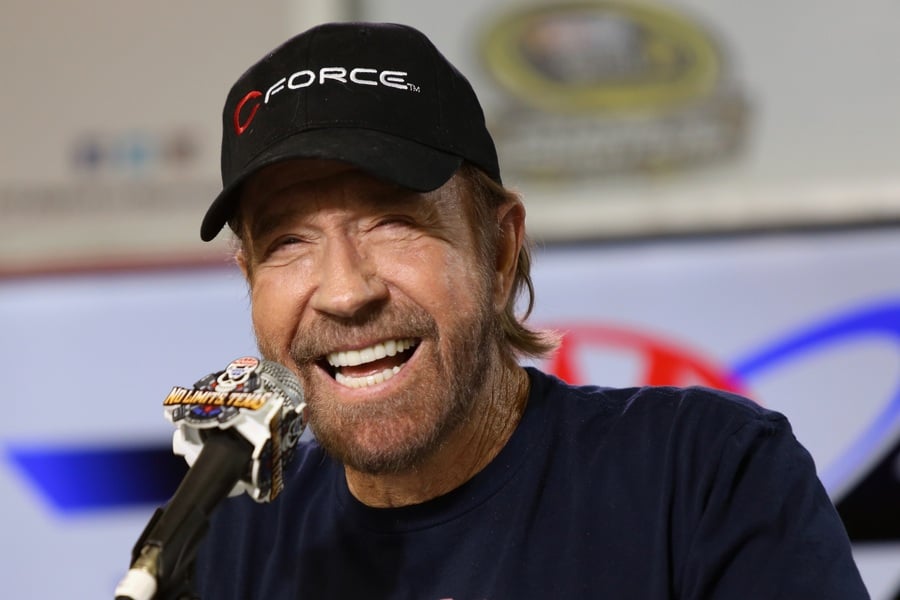 Personal Life: In December 1958, 18-year-old Chuck Norris married 17-year-old Dianne Holechek. They met two years earlier in high school. Their son Mike was born in 1962. Their second son Eric was born in 1964. He also had a daughter from an affair in 1963, who he did not meet until she was 26. Norris and Holecheck divorced in 1989.

He got the nickname Chuck when he was 18 and in the U.S. Air Force.

It was actor Steve McQueen who suggested to Chuck to give acting a try.

In late 1998, Norris married former model Gena O'Kelkey. She has two kids from a previous marriage. In late August 2001, she gave birth to twins.

Norris is outspoken about his Christian faith and is the author of several books on Christianity.

Norris has been a longtime supporter of the Make-A-Wish Foundation and the United Way. In 1992, Norris started his own charitable organization called Kickstart with help from President George Bush. Kickstart provides martial arts training to middle-school students to teach them respect and discipline and to improve their self-esteem. Norris is a devout Christian and politically conservative.

In 2010, Norris was made an honorary member of the Texas Rangers by Texas governor Rick Perry in acknowledgment of Norris's work in raising awareness for the elite unit as well as for his work helping underprivileged youths via martial arts programs. Norris's brother, Aaron Norris, who was an executive producer on the show, was also made an honorary Texas Ranger.

In July 2020, Norris filmed a PSA thanking gym members for wearing their masks during the spread of the coronavirus pandemic.

Real Estate: In 2013, Norris listed his Dallas home for $1.2 million. It is the home he lived in during his Walker, Texas Ranger days and he co-owned it with his brother Aaron. The 7.362 square foot home has four bedrooms, seven bathrooms, a theatre, and a weight room. It has its own lake. The property also has a separate building on the property that was used as a studio during the production of Walker, Texas Ranger. 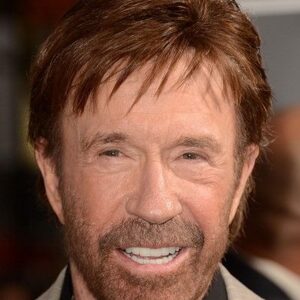