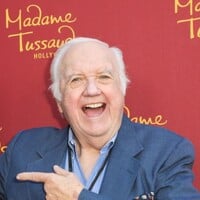 Chuck McCann net worth: Chuck McCann was an American actor, voice actor, and television personality who had a net worth of $3 million. Chuck McCann was born in Brooklyn, New York in September 1934. He died on April 8, 2018. He had more than 160 acting credits to his name and starred as Barney on the television series Far Out Space Nuts in 1975. McCann voiced the roles of Blinky and Pinky on the TV series Pac-Man from 1982 to 1983. In 1985 he voiced the role of Orlock on the series Galtar and the Golden Lance. McCann voiced the role of Leatherneck on the television series G.I. Joe in 1986. He voiced multiple roles on the TV series DuckTales from 1987 to 1990. Chuck McCann has also voiced roles for the TV series Toxic Crusaders, TaleSpin, Where's Waldo?, All-New Dennis the Menace, Fantastic Four, Ironman, The Garfield Show, and more. In 2014 he was nominated for a Behind the Voice Actors Award for DuckTales: Remastered.