Christy Scott Cashman net worth: Christy Scott Cashman is an American actress, producer, writer, and philanthropist who has a net worth of $20 million dollars. Christy Scott Cashman began her professional acting career in the late 90s, and has since appeared in supporting and co-starring roles in such projects as "What's the Worst That Could Happen?", "Disappearances", "Kettle of Fish", "The Women", "The Pink Panther 2", "The Maiden Heist", "Edge of Darkness", "The Love Guide", and "American Hustle".

In addition to acting in films, she has also produced such projects as "The Kids Are All Right", "Style Boston", and "Charity Wars". She has also written multiple scripts, serves on the board of Grub Street, Inc., and is a founding member of the American Film Institute National Council. She is the current host for "Back Story" on the CBS Show, "Style Boston", and formerly hosted "Open Book Club" for New England Cable News. 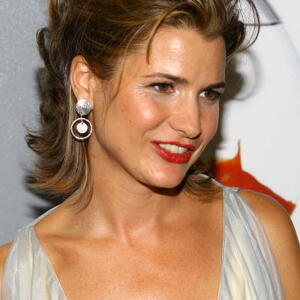