What is Christopher Walken's Net Worth?

Christopher Walken is an American actor, director, singer and writer who has a net worth of $50 million. Christopher Walken has appeared in more than 100 different movie and TV shows. In the United States alone, Walken's movies have grossed more than one billion dollars. His best-known parts include appearances in "Annie Hall," "The Dogs of War," "The Dead Zone," "A View to a Kill," "True Romance," "Catch Me If You Can," "Pulp Fiction," and "Seven Psychopaths." The twice-nominated Academy Award winner earned a Best Supporting Actor Oscar for 1978's "The Deer Hunter".

Walken was born on March 31, 1943 in Astoria, Queens, New York and was giving the name Ronald Walken. His mother, Rosalie Russell, was a Scottish immigrant originally from Glasgow. His father, Paul Walken, was originally from Gelsenkirchen, Germany and he owned Walken's Bakery in Astoria. He was raised in a Methodist household with his two brothers, Kenneth and Glenn.

Because of his mother's interest in acting and fame, she got her three sons involved in acting from a young age. Walken appeared as an extra in a number of shows and then earned a regular role on "Wonderful John Acton" when he was 10 years old. He appeared in a number of other television roles over the next few years and also got heavily involved in theater acting.

When Walken was 15, he first saw Elvis Presley on television and became heavily inspired by his style, deciding to style his hair after him. Walken initially attended Hofstra Univeristy after high school but dropped out after a year when he began landing more major theater roles. He also briefly trained as a dancer at the Washington Dance Studio but decided to focus on acting.

Walken steadily booked work as a young actor, both in television and theater. In 1963, he appeared in "Naked City" while he was also working as a dancer in a nightclub act. At the suggestion of Monique van Vooren, who also danced in the act, he changed his name to Christopher as it seemed to suit him better. In 1966, he was cast as King Philip of France in the Broadway premier of "The Lion in the Winter" in 1966. He continued landing major theater roles with the character of Lysander in "A Midsummer Night's Dream" in 1968 and the character of Romeo in "Romeo and Juliet" at the Stratford Festival in Canada. In 1970, Walken starred opposite Charles Durning and Bonnie Bartlett in the off-Broadway production of "Lemon Sky." His role in the play earned him the Drama Desk Award for Outstanding Performance.

Walken made his film debut in 1972, playing a small role in "The Anderson Tapes" opposite Sean Connery. The same year, he landed his first starring role in the film "The Happiness Cage," a science fiction film in which he played a sociopathic American soldier. He then played in the 1976 film "Next Stop, Greenwich Village," followed by the 1977 Woody Allen film, "Annie Hall." In 1978, he won an Academy Award in the Best Supporting Actor category for his performance in "The Deer Hunter." 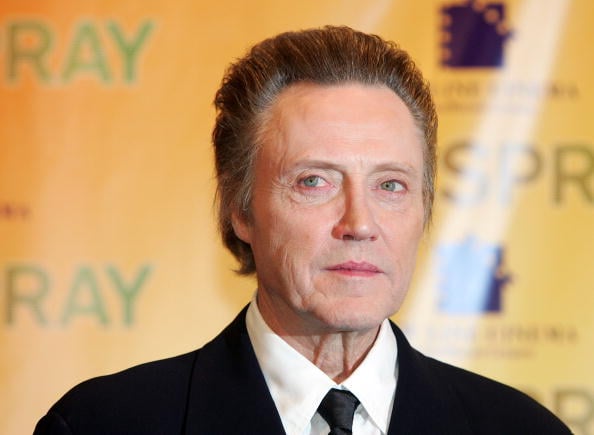 He then starred in "Heaven's Gate" in 1980 followed by "The Dogs of War" in 1981. He was able to show off his former dance training in the 1981 production of "Pennies from Heaven," in which he performed a challenging tap-dance sequence. He also had roles in the adaptation of the Kurt Vonnegut short story, "Who Am I This Time?" and the adaptation of Stephen King's "The Dead Zone." In 1985, he landed the role of the villain Max Zorin in "A View to Kill," Roger Moore's last James Bond film. He finished out the 1980s with roles in "Biloxi Blues," "The Milagro Beanfield War," and the autobiographical film, "Communion."

Even as Walken was making a name for himself in Hollywood, he also continued taking on art house and rather obscure projects, including the role of an Italian aristocrat in "The Comfort of Strangers." He also was featured in Madonna's coffee table book, "SEX," and appeared in her music video for the song "Bad Girl." Additionally, he played a small role in "Wayne's World II."

He then starred in "True Romance" under the direction of Quentin Tarantino. His performance in the film received high praise, particularly what came to be known as the "Sicilian" scene, which prominently featured Walken. He then took on a minor role in another of Tarantino's films, "Pulp Fiction," in which he played a Vietnam veteran. Walken then took a leading role in a romantic comedy, 1994's "A Business Affair." He also appeared in "Nick of Time" and "The Addiction." In 1995, Walken performed in "Him," a play written by Walken about Elvis, his idol from a young age.

Throughout the 1990s and 2000s, Walken's career continued expanding. He starred in films such as "Last Man Standing," "Celluloide," "Suicide Kings," and "Sleepy Hollow." He was cast as the lead in "James Joyce's The Dead" on Broadway, which won the Tony Award for Best Book for a Musical in 2000.

Some of Walken's other films, among many, include "Man on Fire," "The Stepford Wives," "Man of the Year," and "Five Dollars  a Day." He was also featured in the 2001 music video for the song "Weapon of Choice" by artist Fatboy Slim. The video want multiple MTV Awards that year and has since been recognized as one of the best music videos of all time. Walken also continued acting on Broadway, starring in the production of "A Behanding in Spokane," which earned him a Tony Award nomination.

In addition to his highly skilled acting, Walken is known for being somewhat of an eccentric and has developed a cult following of fans. He was named one of Empire magazines "Top 100 Movie Stars of All Time" and is also sometimes referred to as "one of the kings of cameos," given the many relatively minor appearances he makes in prominent films. Walken has stated he rarely declines movie roles, viewing each as an opportunity and experience.

Walken met casting director Georgianne Thon while he was on tour with "West Side Story" in 1963, after which they started dating. They got married in January of 1969 and have remained married ever since. They decided not to have children, which Walken credits as being one of the reasons he was able to have such a long-lasting and prolific career of non-stop work.

Walken and Thon own an oceanfront home in Rhode Island and a rural farmhouse property in Wilton, Connecticut. 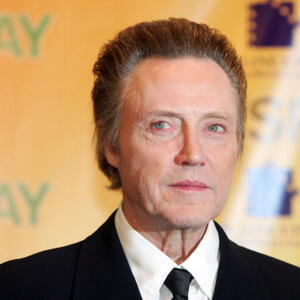