Christopher Timothy net worth: Christopher Timothy is a Welsh actor, director, and writer who has a net worth of $8 million. Christopher Timothy was born in Bala, Merionethshire, Wales in October 1938. As an actor he starred in the television series All Creatures Great and Small from 1978 to 1990. One of his best known roles came starring as Dr. Brendan "Mac" McGuire on the TV series Doctors from 2000 to 2006.

Timothy narrated the series The Yorkshire Vet from 2015 to 2016. In 2017 he starred as Ted Murray on the television series EastEnders. Timothy has had recurring roles in the TV series ITV Sunday Night Theatre, Crown Court, Murder Must Advertise, Murder Most English: A Flaxborough Chronicle, and Casualty. In 2006 he was nominated for a British Soap Award for Doctors. Timothy has starred in the films Othello, Here We Go Round the Mulberry Bush, Alfred the Great, Up the Chastity Belt, Eskimo Nell, and more. 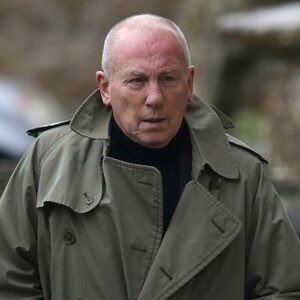