Stanley also appeared as Tom Ahern in 2012's "Argo" and as Admiral William H. McRaven in "Zero Dark Thirty". Stanley has appeared in far more television shows than in movies. He made his debut in an episode of "Freddy's Nightmares" in 1990. His better known TV parts include playing Officer Szymanski on "NYPD Blue" from 1997 until 2001, playing Joe on "In Plain Sight" in 2008, and playing Henry Francis on "Mad Men" from 2009 until the present. Stanley was part of the recurring cast during the third and fourth seasons before being promoted to a regular cast member for the start of season five. He won a Screen Actors Guild Award for Outstanding Performance by an Ensemble in a Drama Series for his work on the show. Stanley's other TV credits include "The X Files", "Family Law", "Boston Legal", "24", "Without a Trace", "Memphis Beat", and "The Defenders". 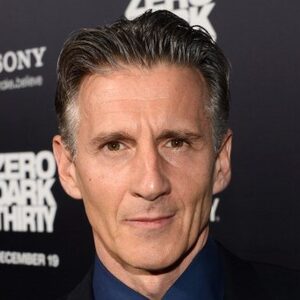