What was Christopher Reeve's Net Worth?

Christopher Reeve was an American actor and director who had a net worth of $10 million at the time of his death in 2004. Reeve was most well-known for playing the playing the role of Superman in the 1978 firm Superman and its subsequent three sequels. Later in life, Reeve was paralyzed from the shoulders down following an equestrian accident. Subsequently, Reeve worked as a director, wrote two autobiographies, and become involved as an activist in environmental causes as well as an advocate for spinal cord research.

Christopher D'Olier Reeve was born on September 25, 1952 in New York City. His mother, Barbara Lamb, was a journalist, and his father, Franklin D'Olier Reeve, worked as a teacher, as well as a writer and scholar. When Reeve was four, his parents divorced and he moved with his mother and younger brother to Princeton, New Jersey. There he attended Princeton Country Day School, where he was recognized as an excellent student as well as an accomplished athlete, playing tennis, hockey, soccer, and baseball.

Reeve also began acting at Princeton Country Day School in 1962 when he was nine years old. He was first cast in a school production of The Yeomen of the Guard and continued developing his acting skills in many other school plays. At the age of 15, he apprenticed at the Williamstown Theatre Festival, a summer theater camp, in Williamstown, Massachusetts, solidifying his interest in acting.

Following his high school graduation in 1970, Reeve considered immediately pursuing a career in acting but ultimately decided to attend college and obtain a degree first. He was accepted into a number of prestigious universities, including Princeton University, Columbia University, Northwester University, Brown University, and Cornell University. Because he felt the temptation of professional acting would be too strong if he attended school in New York City, he decided to enroll at Cornell. He did continue acting as a student, however, joining Cornell's theater department. His roles included Hamlet in Rosencrantz and Guildenstern are Dead and Pozzo in Waiting for Godot.

While focused on his degree at Cornell, Reeve did decide to work with notable New York City agent, Stark Hesseltine who had sent Reeve a letter after seeing him in a production of A Month in the Country. Hesseltine began representing Reeve, who began traveling to New York City once a month to make connections in the city while still working on his degree at Cornell. This proved a successful strategy, as Reeve toured in a production of Forty Carats during the summer after his freshman year and signed a contract with the San Diego Shakespeare Festival following his sophomore year.

During his junior year, Reeve managed to convince the faculty of Cornell to allow him to finish his degree at the prestigious Juilliard School in New York City in order to focus on acting. After a competitive audition, he was admitted to Juilliard's Advanced Program along with Robin Williams. After spending a year a Juilliard, he was able to graduate from Cornell in 1974.

In the first few years after college, Reeve acted in several plays, soap operas, and movies. However, his big break came when he landed the part of Clark Kent/Superman in the 1978 film of Superman under the direction of Richard Donner. Reeve a BAFTA award for his performance. Reeve subsequently went on to reprise his role in Superman II, Superman III, and Superman IV. Christopher Reeve became a household name during this time, considering the massive success of the franchise.

In addition to starring in a number of other films, like Somewhere in Time, Street Smart, and The Bostonians, Reeve also worked in television and often returned to the theater. Later in his professional career, he began directing. In 1997, Reeve directed In the Gloaming, which was nominated for five Emmy Awards. He also produced and starred in Rear Window in 1998, for which he won a Screen Actors Guild Award in addition to a Golden Globe Nomination.

Reeve wrote two autobiographies as well. The first, Still Me, was published in 1998 and was on the New York Times Best Seller list for a total of eleven weeks and earned Reeve a Grammy Award for Best Spoken Word Album. In 2004, Reeve's second book, Nothing Is Impossible, was published. 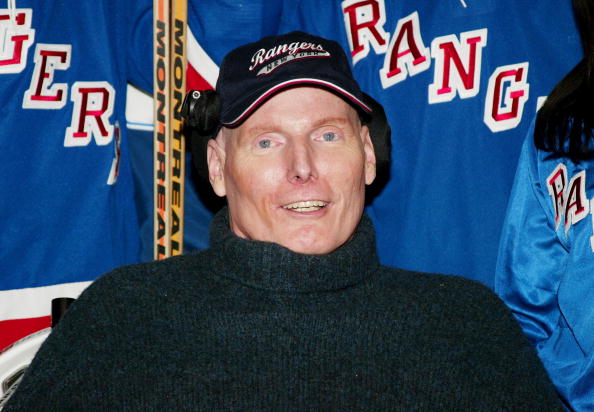 
Reeve began a relationship with Gae Exton, a modeling executive, while filming Superman. In 1979, the couple had a son together, Matthew Exton Reeve. In 1983, they had their daughter, Alexandra Exton Reeve. After a ten-year relationship, Reeve and Exton decided to separate amicably and decided on keep joint custody of their children. In 1987, Reeve met singer and actress Dana Morosini, whom he married in 1992. Reeve had his third child with Morosini, William, during that same year.

Reeve's life changed drastically following a paralyzing equestrian accident. Reeve had become a skilled horseman since learning to ride in 1985 for a film role. He had begun competing in dressage competitions. In 1995, Reeve was in the midst of completing a jump when his horse stopped suddenly, throwing Reeve off the horse and shattering his first and second vertebrae.

Reeve was hospitalized for several days before he regained consciousness and learned that he was paralyzed from the neck down. Months of rehabilitation and physical therapy followed. Reeve remained very committed to an intensive exercise regime, helping him regain some small movements in his fingers and sense a wider temperature ranges.

He received an estimated 400,000 letters from fans and well-wishers after his accident.

Life After the Accident

Reeve was inspired by his time in rehabilitation and became heavily involved in disability rights and legislation. He eventually was elected as Chairman of the American Paralysis Association and Vice Chairman of the National Organization on Disability. Reeve also founded the Christopher Reeve Foundation, which focuses on encouraging research to find cures for paralysis. Reeve wrote both of his autobiographies during this time and remained very committed to his family.

Reeve died on October 9, 2004 after falling in a coma. Two funerals were held for him, one at his Connecticut church, and another at the Juilliard School.

In 1992 Christopher bought a 3-acre, newly-built home in Pound Ridge, New York. The 16-room mansion was put on the market for a little under $3 million in June 2006, several months after Dana Reeve passed away from lung cancer. 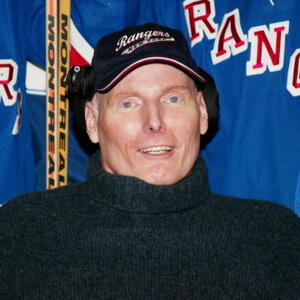