What was Christopher Plummer's Net Worth?

Christopher Plummers was a Canadian actor who had a net worth of $20 million dollars at the time of his death. His work in film, television, and on the stage garnered him widespread acclaim over his decades-long career. Plummer was known for appearing in films like "The Sound of Music", "Knives Out", "All the Money in the World", "Malcolm X" and "A Beautiful Mind", just to name a few. Plummer died on February 5, 2021 at the age of 91.

In 1965 he appeared in what is perhaps his most widely recognized performance, that of Captain Georg Ludwig von Trapp in the film version of "The Sound of Music". Despite receive an enormous career boost from the film, Plummer famously hated the production and the final product. He refused to attend the cast 40th year cast reunion. He eventually changed his tune and provided commentary for the 2005 DVD release and appeared at the 45th year cast reunion.

Over the next several decades Plummer enjoyed an active film career. He won the 2011 Academy Award for Best Supporting Actor for his role in "Beginners". He won two Tony Awards. His first was for Best Actor in a Musical for his performance as Cyrano in "Cyrano de Bergerac" in 1973. The second, Best Actor in a Play, for his performance as John Barrymore in the hit play, "Barrymore" in 1997. He also won two Primetime Emmy Awards.

Plummer was born on December 13, 1929 in Toronto, Canada. He was the only child on John Plummer and Isabella Abbott. His father sold stocks and securities while his mother worked as a secretary to the Dean of Sciences at McGill University. She was also the granddaughter of Canadian Prime Minister, Sir John Abbott. Shortly after his birth, his parents separated and he was raised primarily by his mother in the Abbott family home in Senneville, Quebec.

Plummer grew up speaking English and French fluently. He played the piano as a boy but developed a love for theater from a young age. He started acting while attending the High School of Montreal after he had watched Laurence Olivier's performance in "Henry V." He became an apprentice at the Montreal Repertory Theatre and caught the attention of one of the amateur stage directors there, Herbert Whittaker, after he had witnessed Plummer's performance as Mr. Darcy in the high school production of "Pride and Prejudice." He cast Plummer at the age of 18 as Oedipus in "La Machine infernale." Because he began his theater career directly out of high school, Plummer never attended university, despite family ties to McGill University. He stated later he always regretted this decision.

In 1948, Plummer made his professional acting debut with the Ottawa Stage Society. He continued as an apprentice at the Montreal Repertory Theatre along with fellow apprentice, William Shatner. In 1953, Plummer made his Broadway debut in "The Starcross Story." This would begin an illustrious career on stage. Some of the highlights of his theater career include appearing in his first Broadway hit, "The Lark, being nominated for his first Tony for Best Actor in a Play for his work in "J.B.," and playing a number of title characters in Shakespearean plays. He also had a very successful theater career outside of North America and worked with theater greats like Laurence Olivier. As he grew older, so did the characters he chose. In 2002, at the age of 73, he appeared in the title role of "King Lear," for which he received critical acclaim.

In addition to theater, Plummer's film career was wildly successful. He first appeared in the 1958 film, "Stage Struck." His most prominent early role was in "The Sound Of Music," in which he played Captain Von Trapp. Some of his roles thourgh the 1960s and 70s include work in the films "The High Commissioner," "Battle of Britain," "Waterloo," "The Man Who Would Be King," Aces High," and "Murder by Decree. 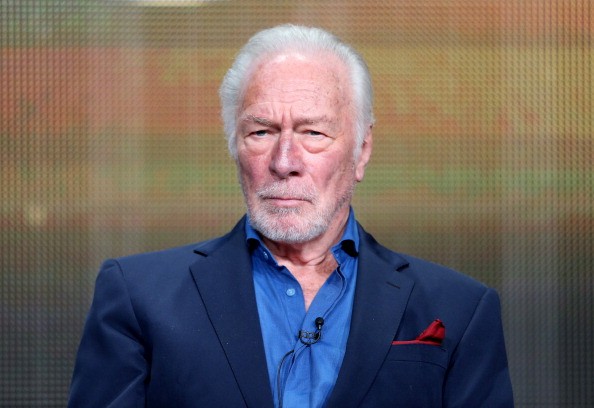 By the 1990s, Plummer had become more established as a film character actor. He appeared in "Malcolm X," "12 Monkeys," and the critically-acclaimed, "The Insider." He also played Dr. Rosen in "A Beautiful Mind," voiced the character of Charles Muntz in Pixar's animated film, "Up," and appeared in a number of romantic dramas and comedies. He received his first Academy Award nomination of his portrayal of author Leo Tolstoy in "The Last Station" in 2009 at the age of 80. Other prominent film roles include "The Girl with the Dragoon Tattoo" and "Beginners," for which he won an Academy Award, making him the oldest actor to win at age 82. His final film role was in the 2019 film, "Knives Out." He was set to star in the film adaptation of "King Lear" in 2021 but died before shooting commenced.

Plummer's television career began in 1953. Early on, he appeared in a number of different dramatic showcase programs as well as in live television drama, like "Little Moon of Alban," for which he received an Emmy Award nomination. In 1977, he appeared as Herod Antipas in the miniseries, "Jesus of Nazareth," alongside Laurence Olivier and James Earl Jones. He also starred in the five-time Emmy Award winning series, "The Thorn Birds." He also voiced the narrator in the children's program, "Madeline," for which he earned a Primetime Emmy Award.

During the 2000s and 2010s, Plummer appeared in "Nuremberg," The Moneychangers," and "American Tragedy," all of which were award-winning shows. He received an Emmy Award for his performance in "Our Fathers" and reunited with Julie Andrews in "On Golden Pond." At the age of 89 in 2019, Plummer appeared as the lead role in "Departure," and was set to appear in the second season  before it was postponed due to Covid-19.

Plummer was married three times in his life. In 1956, he married actress Tammy Grimes. They remained married for four years and had a daughter together named Amanda Plummer, who went on to become an actress. In 1962, he married journalist Patricia Lewis and they were together until their divorce in 1967. In 1970, he married actress Elaine Taylor and their marriage lasted until his death.

In February of 2021, at the age of 91, Plummer died in his home in Weston, Connecticut. Three weeks earlier, he had sustained an injury to his head after a fall. His family released a statement that Plummer had died peacefully his his wife, Elaine, by his side.

Following his death, many friends and actors paid tribute to him, including Julie Andrews, Daniel Craig, Jamie Lee Curtis, Chris Evans, William Shatner, Anne Hathaway, and Elijah Wood, among many others. 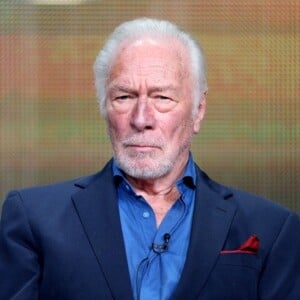