What is Christopher Lloyd's Net Worth and Salary?

Christopher Lloyd is an American actor who has a net worth of $40 million. Lloyd is probably best known for his roles as Emmett "Doc" Brown in the "Back to the Future" trilogy, Uncle Fester in "The Addams Family" and its sequel "Addams Family Values" as well as Judge Doom in "Who Framed Roger Rabbit." His most notable television credit was in the '80s as Jim Ignatowski on the television series "Taxi." He has also done voiceover work in animation, usually cast as villains due to his distinctive voice.

Christopher Lloyd was born in 1938 in Stamford, Connecticut to singer Ruth and lawyer Samuel. He is the youngest of seven siblings, and is a descendant of Mayflower passengers. As a kid, Lloyd was raised in Westport, Connecticut, where he went to Staples High School. There, he helped found the school's theatre company, the Staples Players.

Lloyd launched his acting career by apprenticing at various summer theaters in New York and Massachusetts. At the age of 19, he took acting classes in New York City. In 1961, Lloyd made his New York theater debut in a production of "And They Put Handcuffs on the Flowers." At the end of the decade, he made his Broadway debut in the short-lived "Red, White and Maddox." Subsequently, Lloyd had off-Broadway roles in such plays as "A Midsummer Night's Dream," "Kaspar," "The Seagull," "Macbeth," "What Every Woman Knows," "King Lear," and "The Human Voice." Lloyd returned to Broadway in the late 70s for the musical "Happy End." He then performed in Andrzej Wajda's adaptation of "The Possessed" at Yale Repertory Theater, and in Jay Broad's premiere of "White Pelican" at the P.A.F. Playhouse.

In 1975, Lloyd made his film debut as psychiatric patient Max Taber in "One Flew Over the Cuckoo's Nest," an adaptation of the Ken Kesey novel. Starring Jack Nicholson and Louise Fletcher, the film was a massive critical and commercial success, winning five Oscars including Best Picture. Following this, Lloyd was in the drama "Three Warriors," the Western comedy "Goin' South," the prequel film "Butch and Sundance: The Early Days," the action romance "The Lady in Red," and the crime drama "The Onion Field." In the early 80s, Lloyd appeared in "The Black Marble," "Schizoid," "The Postman Always Rings Twice," "Mr. Mom," "To Be or Not to Be," "The Adventures of Buckaroo Banzai Across the 8th Dimension," and "Star Trek III: The Search for Spock," in which he played Klingon Commander Kruge.

Lloyd debuted his most iconic film role in 1985: eccentric inventor Dr. Emmett "Doc" Brown in the science-fiction comedy "Back to the Future." Co-starring Michael J. Fox, it was the highest-grossing film of the year, and spawned two sequels in 1989 and 1990. Also in the 80s, Lloyd appeared in the comedies "Clue," "Miracles," "Walk Like a Man," and "The Dream Team." Additionally, he was in the children's adventure film "The Legend of the White Horse" and Nicolas Roeg's psychological drama "Track 29." In 1988, Lloyd had major roles in "Who Framed Roger Rabbit" and "Eight Men Out." He played the villainous mastermind Judge Doom in the former, and in the latter, portrayed MLB baseball player Bill Burns. 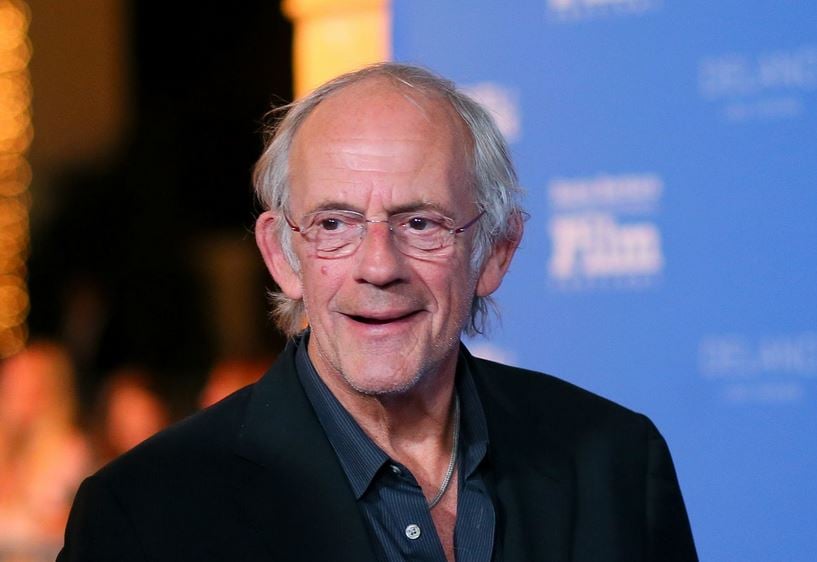 Kicking off the 90s, Lloyd starred in the comedy "Why Me?," and provided his voice to the animated kid's film "DuckTales the Movie: Treasure of the Lost Lamp." He was subsequently in the Hulk Hogan comedy "Suburban Commando," and played Uncle Fester in the big-screen adaptation of the classic television series "The Addams Family," as well as its sequel, "The Addams Family Values." Among Lloyd's other credits in the 90s are "Twenty Bucks," for which he won an Independent Spirit Award; the sports fantasy "Angels in the Outfield"; the adventure comedy "Camp Nowhere"; the crime film "Things to Do in Denver When You're Dead"; the animated musical "Anastasia"; Disney's big-screen adaptation of the television show "My Favorite Martian"; and the family comedy "Baby Geniuses."

In the 2000s, Lloyd starred in films including "Interstate 60," "Wish You Were Dead," "Flakes," and "Call of the Wild." He also did voice work for animated films such as "Hey Arnold!: The Movie," "Fly Me to the Moon," and "The Tale of Despereaux." Lloyd continued his prolific career into the 2010s and beyond. Among his later film credits are "Piranha 3D"; "Love, Wedding, Marriage"; "The Oogieloves in the Big Balloon Adventure"; "Dead Before Dawn"; "Excuse Me for Living"; "Sin City: A Dame to Kill For"; "The Boat Builder"; "I Am Not a Serial Killer"; "Cold Moon"; "Going in Style"; "The Sound"; "Making a Killing"; "Nobody"; "Senior Moment"; and "Queen Bees."

On television, Lloyd first gained widespread recognition for his performance on the hit sitcom "Taxi." Playing Reverend Jim Ignatowski, an ex-hippie cab driver, Lloyd won two Emmy Awards for Outstanding Supporting Actor in a Comedy Series. After this, the actor appeared in numerous television films, including "Money on the Side," "September Gun," "Old Friends," "The Cowboy and the Ballerina," and "Tales from the Hollywood Hills: Pat Hobby Teamed with Genius." Lloyd has been in many more television films over the decades, such as "In Search of Dr. Seuss," "Quicksilver Highway," "It Came from the Sky," "Wit," "Detectives," and "Zodiac: Signs of the Apocalypse."

In the mid-to-late 90s, Lloyd starred on the television series "Deadly Games." Later, in the mid-2000s, he was a regular on the sitcom "Stacked." In 2003, he guest-starred in three episodes of "Tremors: The Series." Lloyd's other television credits have included "I Dream," "Clubhouse," "Granite Flats," "12 Monkeys," and "Tooned Out."

Lloyd married Catharine Dallas Dixon Boyd in 1959; they divorced in 1971. Next, in 1974, he wed actress Kay Tornborg, whom he divorced in 1987. Lloyd's third marriage was to Carol Ann Vanek; after about two years, they divorced in 1991. Subsequently, Lloyd was betrothed to screenwriter Jane Walker Wood from 1992 until their divorce in 2005. In 2016, Lloyd married Lisa Loiacono, who served as his real estate agent in 2012.

In 1997, Christopher and fourth wife spent $1.6 million on an 8-acre estate in Montecito, California. They tried to sell this house in the wake of their 2005 divorce for $11 million. The price was lowered to $6.5 million in 2007. Tragically, the house was completely destroyed in a 2008 fire. Lloyd owns several properties in Montecito and and Los Angeles.