What was Christopher Lee's net worth?

Sir Christopher Lee was an English actor and singer who had a net worth of $25 million at the time of his death in 2015. Christopher Lee was probably best known for playing a number of villains in many popular and profitable movies. Notable roles included Francisco Scaramanga in "The Man with the Golden Gun", Saruman in "The Lord of the Rings" trilogy, and Count Dooku in the final two films of the "Star Wars" prequel trilogy.

He considered his best performance to be that of Pakistan's founder Muhammad Ali Jinnah in the biographical movie, Jinnah, and his best film to be the British horror film, The Wicker Man.

Christopher Lee was born in 1922 in London, England to Countess Estelle Marie and Lieutenant Colonel Goeffrey Trollope Lee, a WWI veteran. He was of English and Italian descent, and had a sister named Xandra. When Lee was four, his parents separated. Subsequently, his mother took him and his sister to live in Wengen, Switzerland. He later went to Miss Fisher's Academy, and then returned to London, where he attended Wagner's private school in Queen's Gate. Meanwhile, his mother remarried to Harcourt George St-Croix Rose, the uncle of author Ian Fleming. At the age of nine, Lee attended Summer Fields School, a preparatory school in Oxford. As a young adult, he enrolled at Wellington College, where he won scholarships in the classics. However, he left with one year still to go after his stepfather went bankrupt. Following this, he was sent to the French Riviera, where he stayed among exiled princely families. Returning to London, he worked as an office clerk for United States Lines.

At the outbreak of WWII in 1939, Lee enrolled in a military academy and volunteered to fight for the Finnish Army against the USSR. However, he and other British volunteers were kept away from combat. Lee thus returned to work at United States Lines, and then joined Beecham's as an office clerk and switchboard operator. Following his father's passing in 1941, Lee volunteered for the Royal Air Force. As an intelligence officer, he was attached to the No. 260 Squadron RAF. In 1946, he retired from service with the rank of flight lieutenant.

After being turned down by film producer Josef Somlo, Lee was signed to a seven-year contract with the Rank Organisation. In 1947, he made his film acting debut in the Gothic romance "Corridor of Mirrors." Lee mostly played supporting and background characters in his early acting years. He had an uncredited appearance in Laurence Olivier's "Hamlet" in 1948, and played a Spanish captain in 1951's "Captain Horatio Hornblower R.N." Another uncredited part came in the historical epic "Quo Vadis," in which he played a chariot driver. A bigger role came in 1952, when Lee portrayed French painter Georges Seurat in John Huston's "Moulin Rouge." 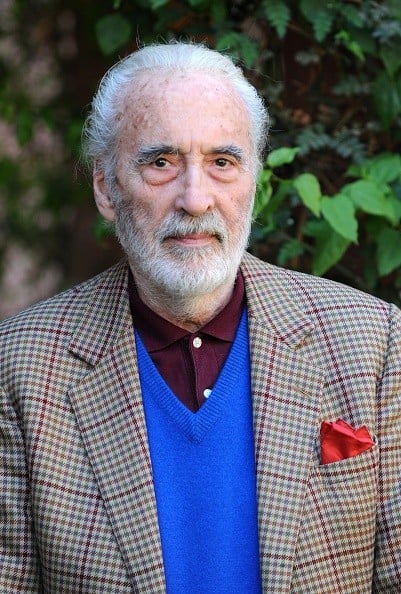 In the late 50s, Lee became famous for starring in horror films made by Hammer Film Productions. His first film for the studio was 1957's "The Curse of Frankenstein," in which he played Frankenstein's monster opposite actor Peter Cushing. The two actors went on to appear in over 20 films together. Next, in 1958, Lee costarred alongside Boris Karloff in "Corridors of Blood." The same year, he made his first appearance as Count Dracula in Terence Fisher's critically acclaimed film "Dracula." In 1965, Lee returned to the role of Dracula in "Dracula: Prince of Darkness"; he went on to play the Count in such Hammer films as "Dracula Has Risen from the Grave," "Taste the Blood of Dracula," "Scars of Dracula," "Dracula A.D. 1972," and "The Satanic Rites of Dracula." Following the latter title, Lee retired from the role, believing the films had deteriorated in quality.

Beyond Dracula, Lee starred in Hammer's "The Devil Rides Out" and "To the Devil a Daughter," both based on Dennis Wheatley's novels. The latter was the last horror film from Hammer, marking the end of Lee's association with the studio.

Among Lee's other notable film roles were Rasputin, whom he portrayed in 1966's "Rasputin, the Mad Monk," and Sir Henry Baskerville, whom he played in "The Hound of the Baskervilles." He also played Sherlock Holmes in "Sherlock Holmes and the Deadly Necklace," from 1962. Later, he appeared in yellowface as the villain in the Fu Manchu series of films. In the 70s, Lee played Jekyll and Hyde in "I, Monster"; Lord Summerisle in "The Wicker Man"; Comte de Rochefort in "The Three Musketeers"; and assassin Francisco Scaramanga in the James Bond film "The Man with the Golden Gun."

After moving to Hollywood, Lee appeared in the disaster film "Airport '77." He was subsequently in films such as "Return from Witch Mountain," "The Return of Captain Invincible," and "Howling II: Your Sister is a Werewolf." In the early 90s, Lee reprised the role of Sherlock Holmes in "Incident at Victoria Falls" and "Sherlock Holmes and the Leading Lady." Later in the decade, he starred as the founder of Pakistan in the film "Jinnah."

"The Lord of the Rings" and "Star Wars"

Lee had two of his most iconic film roles in the 2000s. In the "Lord of the Rings" trilogy, he played the villainous Saruman the White. Another major villain character came in "Star Wars: Episode II – Attack of the Clones," in which he played Count Dooku. Lee reprised this role in "Star Wars: Episode III – Revenge of the Sith" in 2005. He also reprised his role as Saruman for the "Hobbit" films in the 2010s.

Late in his career, Lee was in a wide variety of movies, including "The Golden Compass," "Boogie Woogie," "Triage," "Season of the Witch," "Hugo," "Night Train to Lisbon," and "The Girl from Nagasaki." Notably, he was in several films directed by Tim Burton, including "Charlie and the Chocolate Factory," "Corpse Bride," "Alice in Wonderland," and "Dark Shadows."

Due to his operatic bass voice, Lee had a successful career in music. He sang on "The Wicker Man" soundtrack, and performed the closing credits song for the horror film "Funny Man." Later, he appeared as a backing vocalist on four albums by the Italian symphonic power metal band Rhapsody of Fire. In 2010, Lee released his own symphonic metal album, "Charlemagne: By the Sword and the Cross." This was followed in 2013 by "Charlemagne: The Omens of Death." To celebrate his 92nd birthday in 2014, Lee released an EP of covers called "Metal Knight."

In the late 50s, Lee got engaged to Henriette von Rosen. However, not long before the wedding, Lee called off the engagement over financial insecurities. Later, in 1961, Lee wed Danish painter and former model Birgit Krøncke; they had a daughter named Christina two years later.

In 2015, Lee was admitted to Chelsea and Westminster Hospital for respiratory problems and heart failure. He passed away in early June at the age of 93. 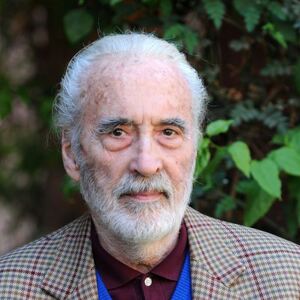