What is Christopher Lambert's Net Worth?

Christopher Lambert is a French-American actor who has a net worth of $10 million. Christopher Lambert rose to international stardom in 1984 for playing Tarzan in the film "Greystoke: The Legend of Tarzan, Lord of the Apes." He went on to gain further recognition for his starring roles in the French thriller "Subway" and the fantasy adventure franchise "Highlander." Lambert has appeared in a plethora of films in a variety of languages since then, with some of his notable credits including "Knight Moves," "Fortress," "Druids," "Absolon," "White Material," and "Sobibor."

Christopher Lambert was born as Christophe Lambert on March 29, 1957 in the Great Neck region of Long Island, New York. He is the son of Yolande and Georges, the latter of whom was a French diplomat at the United Nations. Lambert was raised and educated in Geneva, Switzerland before moving to Paris, France in his adolescence.

Lambert began his acting career with supporting roles in a number of French films. He made his debut as a thug at a dance party in 1979's "Ciao, les Mecs," and was subsequently in "The Telephone Bar," "Douchka," "Asphalte," "Une Sale Affaire," "Putain d'Histoire d'Amour," and "Légitime Violence." In 1982, Lambert appeared in an episode of "Cinéma 16" on television.

In 1984, Lambert rose to international stardom for playing the iconic character Tarzan in Hugh Hudson's adventure film "Greystoke: The Legend of Tarzan, Lord of the Apes." A critical success, the film went on to earn three Academy Award nominations. Next, Lambert returned to French cinema to star in "Paroles et Musique." He gave his most acclaimed performance yet in another French film, Luc Besson's "Subway," in 1985. Playing a fugitive hiding in the subterranean world of the Paris Métro, Lambert won the César Award for Best Actor for his performance.

Lambert had his next major role in the 1986 British fantasy adventure film "Highlander." He starred as Connor MacLeod, a 16th-century Scotsman who learns that he is one of several semi-immortal warriors who can only be killed by decapitation. The character goes on to live for many centuries, eventually settling in New York City. "Highlander" was a global box-office hit, and went on to become a cult classic. Lambert reprised his role as MacLeod in the sequels "Highlander II: The Quickening," "Highlander III: The Sorcerer," and "Highlander: Endgame."

The same year as "Highlander," Lambert starred in the French-Italian drama "I Love You." Next, he starred in Michael Cimino's "The Sicilian," Agnieszka Holland's "To Kill a Priest," and the caper comedy "Why Me?" In 1992, Lambert starred in three movies: the thrillers "Max et Jérémie" and "Knight Moves," and the science-fiction action film "Fortress." He continued to be prolific on the big screen throughout the remainder of the decade, with credits including "Gunmen"; "Roadflower"; "The Hunted"; Paul W. S. Anderson's "Mortal Kombat"; "North Star"; the family comedy "Hercule et Sherlock"; the Italian cyberpunk film "Nirvana"; "Mean Guns"; "Resurrection"; and the 1999 science-fiction reinterpretation of "Beowulf." 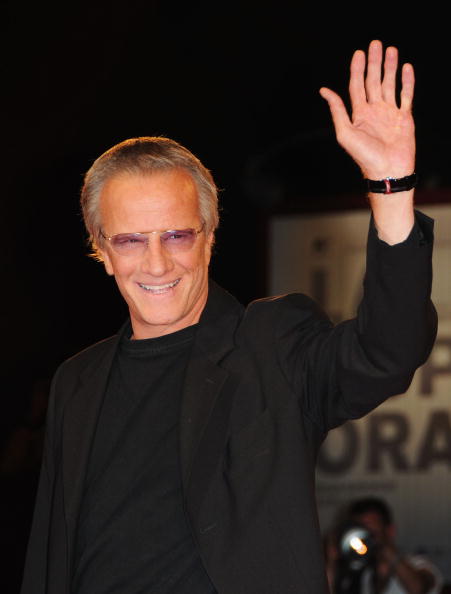 Among his notable roles on the small screen, Lambert appeared in the biographical television film "Dalida" in 2005. He was later in the television films "Les Associés" and "Das Geheimnis der Wale." From 2012 to 2013, Lambert had a recurring role as the villainous Marcel Janvier on the popular series "NCIS: Los Angeles." Later, in 2017, he played Gustav Kramer in the miniseries "Mata Hari." Lambert's other television credits include the crime series "The Blacklist" and "Capitaine Marleau."

Beyond film and television, Lambert penned the novels "La Fille Porte-Bonheur" and "Le Juge." On the business side of things, he owns a mineral water company and food processing plant, and also helps produce Côtes du Rhône wines at Eric Beaumard's vineyard in Sainte-Cécile-les-Vignes, France.

In 1988, Lambert married actress Diane Lane; they had a daughter named Eleanor, and divorced in 1994. Five years later, Lambert wed Jaimyse Haft, who he ended up divorcing the next year. In 2007, he started dating actress and filmmaker Sophie Marceau, who both directed and starred alongside him in that year's film "Trivial." The pair later separated in 2014.

Notably, Lambert has severe myopia, and is unable to see without his glasses. Because he also cannot use contact lenses, he often has to act his roles in a state of virtual blindness, which has led to various injuries in the past.