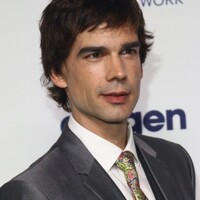 Christopher Gorham Net Worth: Christopher Gorham is an American actor who has a net worth of $5 million dollars. Christopher David Gorham was born in Fresno, California in August 1974. Christopher graduated from UCLA with a degree in Film & Theater Arts. In 1989 he was an intern on the show Baywatch. His first role acme on the TV series Spy Game in 1997. From 1997 to 1998 Gorham had a recurring role on the series Party of Five. He starred as Harrison John in the series Popular from 1999 to 2001. Gorham played Trevor in the series Felicity from 2001 to 2002 and Neil in the series Odyssey 5 from 2002 to 2003. He starred as Jake in Jake 2.0 from 2003 to 2004 and then played Dr. Miles McCabe in Medical Investigation from 2004 to 2005. From 2005 to 2006 Christopher played Benjamin Barnes in the series Out of Practice. He starred as Henry Dunn in the 2009 series Harper's Island. From 2006 to 2010 he played Henry Grubstick in Ugly Betty. From 2010 to 2014 Gorham has played Auggie Anderson on Covert Affairs and he had a recurring role in 2014 on Once Upon a Time. In 2003 Gorham won an award from the Character and Morality in Entertainment Awards. He was nominated for a Screen Actors Guild Award in 2008. In 2000 he married Anel Lopez Gorham and the couple has three children together.