Christopher Eccleston Net Worth: Christopher Eccleston is an English actor who has a net worth of $6 million. Christopher Eccleston was born in Langworthy, Lancashire, England in February 1964. He is best known for his role as the Ninth Doctor in the TV series Doctor Who. He graduated from Salford Tech and trained at the Central School of Speech and Drama. At 25 he appeared on stage in A Streetcar Named Desire. Is first TV roles came in the series Blood Rights and Casualty in 1990. Eccleston's film debut came as Derek Bentley in the 1991 movie Let Him Have It. From 1993 to 1994 he starred as DCI David Bilborough in the TV series Cracker. In 2005 Christopher became Doctor Who in the BBC series Doctor Who. In 2014 he starred as Professor Stoddart in the series Fortitude and as Matt Jamison in the series The Leftovers. He has also starred in films such as Shallow Grave, Jude, Elizabeth, The Others, Gone in 60 Seconds, The Seekers, 28 Days Later, G.I. Joe: The Rise of Cobra, and Thor: The Dark World. In addition to on screen Eccleston has also done film and narrating work. He has won a Broadcasting Press Guild Award, Royal Television Society Award, TV Choice Award, and International Emmy Award for Best Actor and a National Television Award for Most Popular Actor. He is married and has one son. 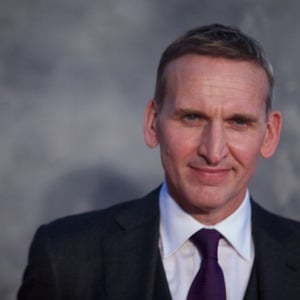