The duo originally met after Christoper was hired as part of a sketch Dyrdek filmed for DC Shoes. They became fast friends and Rob soon hired Boykins to be his full time bodyguard. "Rob & Big" aired 31 episodes over three seasons between 2006 and 2008. In 2009, Boykin was hired as a featured cast member on a new Dyrdek MTV show called "Rob Dyrdek's Fantasy Factory" starting in season four. As of May 2017, that show has aired 73 episodes over seven seasons. The reality program takes place in a 25,000 square foot warehouse that is used to design skateboards and run Dyrdek's business empire. The seventh season began airing in January 2015. Chris and Rob allegedly had a falling out at some point in recent years. Boykin has a daughter named Isis Rea Boykin who was born in February of 2008. In 2007, Christopher launched a clothing line that was appropriately called Big Black. In 2012, the clothing line launched an offshoot into plus sized men's apparel with a clothing line called BDP (Big Dime Pieces). Unfortunately Christopher Boykin died on May 5, 2017 at the age of 45. His cause of death wasn't immediately known but family sources believe it may have been a heart attack. 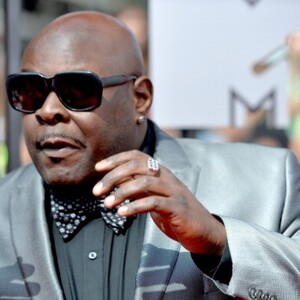