How much is Christoph Waltz Worth?

Christoph Waltz net worth and salary: Christoph Waltz is an Austrian actor who also holds German citizenship and has a net worth of $30 million. Though he has been acting for more than three decades, Christoph Waltz earned his first taste of true international acclaim for his portrayal of SS Colonel Hans Landa in the film Quentin Tarantino film, Inglourious Basterds. Christoph born in Vienna, Austria on October 4, 1956. His parents were set and stage designers. Waltz studied acting at the Max Reinhardt Seminar in Vienna, and the Lee Strasberg Theatre and Film Institute in New York. After breaking through with Inglorious Basterds, Christoph has gone on to appear in several blockbusters. He is still works closely with Quentin Tarantino and starred Quentin's smash hit 2012 film Django Unchained. Christoph has earned dozens of awards during his career. He has won two Best Supporting Actor Academy Awards, two BAFTAs, a Cannes Film Festival Award, two Golden Globes and two SAG awards. Because Christoph fluently speaks English, German, French her performs his own voice over dub work for all three language versions of his movies. Christoph has three children from a previous relationship and is currently raising a daughter with his wife Judith Holste, a costume designer from Germany. 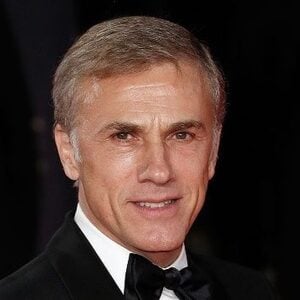