Christine Taylor net worth: Christine Taylor is an American actress and comedian who has a net worth of $50 million. Taylor has appeared in many television shows and movies starting with Nickelodeon's "Hey Dude" in 1991. She came to prominence after appearing as the fictional portrayal of the fictional character Marsha Brady in "The Brady Bunch Movie" and "A Very Brady Sequel". She made several guest appearances on the 1990s hit comedy sitcom, Ellen – which led to a lead role in the television series, Party girl based on the 1995 film with the same name. During this time, she made more guest appearances in the 1990's hit sitcoms, Friends and Seinfeld. She also featured in the 1998 hit comedy, The Wedding Singer, as Drew Barrymore's cousin Holly Sullivan. Since then, Taylor has appeared in several of her former husband Ben Stiller's movies: Zoolander (2001), Dodgeball: A True Underdog story (2004) and Tropic Thunder (2008). She continues to make TV guest appearances in hit sitcoms, including a episode in My Name is Earl and the cult series Arrested Development.

Personal Life: Christine was married to Ben Stiller from 2000 to 2017. They have three children together.

Real Estate: In 2016, in the last year of their marriage, Ben and Christine paid $15.3 million for a condo in New York City's West Village. They sold their former NYC condo in 2013 for $9 million. That's actually $1 million LESS than they paid for the unit back in 2008. In 2011 they sold their longtime LA residence for $7.3 million to Jason Statham, who sold the home two years later for $9.2 million to Big Bang star Johnny Galecki. According to property records the Stillers still co-own a 14-acre blufftop property in Hawaii which they bought in 2002 for $8.5 million AND a 33-acre property in Chappaqua, New York which they bought in 2010 for $10 million. 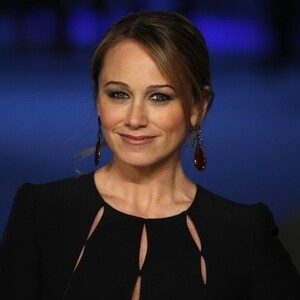