What is Christine Baranski's Net Worth and Salary?

Christine Baranski is an American stage and screen actress who has a net worth of $14 million. Christine Baranski is best known for her roles on the television series "Cybill," "The Good Wife," and "The Good Fight." Her film credits include "Reversal of Fortune," "Chicago," "Mamma Mia!," and "Into the Woods." On stage, Baranski has been in such Broadway shows as "Hurlyburly," "Nick & Nora," and "Boeing-Boeing," and won Tony Awards for her performances in "The Real Thing" and "Rumors."

She won an Emmy Award for her work on "Cybill" for playing the character "Maryanne Thorpe". Christine also received an Emmy nomination for her role as "Diane Lockhart" on the TV series "The Good Wife."


Christine Baranski was born on May 2, 1952 in Buffalo, New York to Lucien and Virginia. She is of Polish ancestry. As a teen, Baranski went to Villa Maria Academy, located in the Buffalo suburb of Cheektowaga. She later enrolled at the Juilliard School in New York City, graduating in 1974 with her BA.

The year she graduated from Juilliard, Baranski appeared on stage at the American Shakespeare Festival in productions of "Romeo and Juliet," "Cat on a Hot Tin Roof," and "Twelfth Night." She subsequently performed at Center Stage Theatre in Maryland in "The Cherry Orchard," "Tartuffe," "Misalliance," and "She Stoops to Conquer." Later credits in the 70s included "Private Lives," "Angel City," "Born Yesterday," and "The Shadow of a Gunman."

Baranski had a big year on stage in 1980: she made both her off-Broadway debut in "Coming Attractions" at Playwrights Horizons and her Broadway debut in "Hide & Seek." Additionally, she appeared in productions of "Company," "Lady of the Diamond," and "The Trouble with Europe." Baranski continued to be prolific in theatre, starring in "Talley's Folly," "A Midsummer Night's Dream," "Sally and Marsha," "Blithe Spirit," and "Sunday in the Park with George." She had her next Broadway role in 1984, when she played Charlotte in Tom Stoppard's play "The Real Thing." For her performance, Baranski won the Tony Award for Best Featured Actress in a Play. She followed this with the Broadway shows "Hurlyburly" and "The House of Blue Leaves," and then appeared in "It's Only a Play" and "Hedda Gabler." In 1988, Baranski won her second Tony Award for Neil Simon's "Rumors."

Baranski's stage credits in the 90s include "Lips Together, Teeth Apart," "Nick & Nora," "Promises, Promises," and "Sweeney Todd." The next decade, she was in "Mame," "Follies," and "The Sisters Rosensweig." In 2008, Baranski returned to Broadway for the first time since 1991 to play Berthe in a revival of "Boeing-Boeing." Her later credits have included "On Your Toes" and "White Rabbit Red Rabbit."

Baranski first appeared on the small screen in an episode of the short-lived sitcom "Busting Loose" in 1977. Following this, she was in the television film "Playing for Time," and made appearances on the daytime soap operas "Another World" and "All My Children." Baranski was subsequently in episodes of "The Equalizer," "The Thorns," "Law & Order," and "Screenplay." In 1995, she had her breakthrough television role on the sitcom "Cybill," playing the sardonic alcoholic friend of Cybill Shepherd's title character. During the show's run through 1998, Baranski received multiple Emmy and SAG nominations for her work. Among her other credits in the 90s, she appeared in episodes of "3rd Rock from the Sun" and "Frasier." 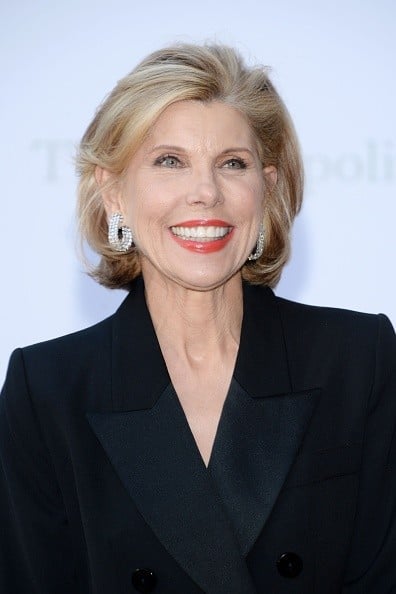 From 2000 to 2001, Baranski starred on the short-lived sitcom "Welcome to New York." Subsequently, she was in episodes of "Citizen Baines" and "Presidio Med," and the television films "Eloise at the Plaza" and "Eloise at Christmastime." Baranski had her next main role from 2003 to 2004 on the sitcom "Happy Family." Later, in 2009, she landed her biggest television role yet on the legal drama series "The Good Wife," playing litigator Diane Lockhart. For her work over the show's seven-season run, Baranski received six Emmy nominations. Also in 2009, she began a guest-starring role as Dr. Beverly Hofstadter on "The Big Bang Theory," a role which earned her four more Emmy nominations over the years. In 2017, Baranski began reprising her role as Diane Lockhart on the spinoff series "The Good Fight." Her subsequent credits have included "Young Sheldon" and "The Gilded Age," as well as a number of animated series.

Baranski started off in movies with small parts in "Soup for One" and "Lovesick" in the early 80s. Later in the decade, she appeared in "Crackers," "9½ Weeks," "Legal Eagles," and "The Pick-up Artist." In the early 90s, Baranski's credits included "Reversal of Fortune," "The Night We Never Met," "Life with Mikey," "Addams Family Values," "The Ref," "Getting In," and "The War." She was also in "New Jersey Drive" and "Jeffrey," and had a notable role as Katherine Archer in the comedy "The Birdcage." Baranski closed out the decade with roles in "The Odd Couple II," "Bulworth," "Cruel Intentions," and "Bowfinger."

In the early 2000s, Baranski played Martha May Whovier in Ron Howard's live-action adaptation of Dr. Seuss' "How the Grinch Stole Christmas." She was also in the sex comedy "The Guru," and had a memorable supporting role as Mary Sunshine in Rob Marshall's 2002 Best Picture Oscar winner "Chicago." Following this, Baranski appeared in "Marci X," "Welcome to Mooseport," "Falling for Grace," "Relative Strangers," and "Bonneville." In 2008, she starred alongside Meryl Streep and Julie Walters in the hit film adaptation of the musical "Mamma Mia!"; a decade later, she reprised her role in the sequel "Mamma Mia! Here We Go Again." Baranski's other notable film credits have included the musical "Into the Woods," in which she played Cinderella's stepmother; the political thriller "Miss Sloane"; and the comedy "A Bad Moms Christmas."

In 1983, Baranski married actor Matthew Cowles, with whom she was with until his passing in 2014. The pair had two daughters named Isabel, a lawyer, and Lily, an actress. 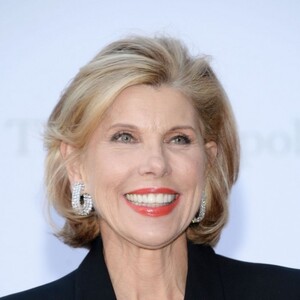