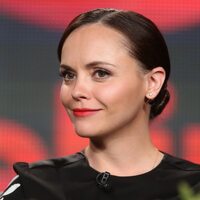 What is Christina Ricci's Net Worth and Salary?

Christina Ricci is an American actress who has a net worth of $8 million. Known for playing unusual and often edgy characters, she made her debut as a child actor in 1990's "Mermaids," and subsequently starred as a teenager in such films as "The Addams Family," "Casper," and "Now and Then." Ricci later appeared in films including "Buffalo '66," "The Opposite of Sex," "Monster," and "Black Snake Moan," and on television programs including "Ally McBeal" and "Grey's Anatomy." In November 2021 Christina began starring on the Showtime series "Yellowjackets." Christina was nominated for a Primetime Emmy for her role on the series.


Christina Ricci was born in 1980 in Santa Monica, California as the youngest of four siblings. Her mother, Sarah, was a former model, while her father, Ralph, had jobs as a lawyer, drug counselor, and gym teacher, among other positions. After the family moved to Montclair, New Jersey, Ricci attended Edgemont Elementary School and Glenfield Middle School. When she was a preteen, her parents divorced. Later, Ricci attended Montclair High School and Morristown-Beard School, a college preparatory institution.

When she was eight, Ricci drew the attention of a local theater critic who saw her in a school production of "The Twelve Days of Christmas." Shortly afterward, she appeared in a pair of spoof commercials on NBC's "Saturday Night Live." In 1990, Ricci made her big screen debut in the family comedy/drama "Mermaids," playing the youngest daughter of the character portrayed by Cher. Ricci's star continued to rise the next year, when she starred as Wednesday Addams in the movie adaptation of "The Addams Family." After reprising the role in the 1993 sequel, "Addams Family Values," Ricci went on to have her first leading role in the 1995 live-action version of "Casper." Also that year, the young actress starred in "Gold Diggers: The Secret of Bear Mountain" and "Now and Then."

"The Ice Storm" and Adult Roles

Following the 1997 Disney remake of "That Darn Cat," Ricci made a transition to more mature roles with her part as a sexually curious young adult in Ang Lee's critically acclaimed "The Ice Storm." This transition continued in 1998, when Ricci appeared in a whopping seven films. Among them were "Desert Blue," the black comedy "I Woke Up Early The Day I Died," and Terry Gilliam's "Fear and Loathing in Las Vegas," starring Johnny Depp. Ricci also had acclaimed starring roles in the independent films "Buffalo '66," "Pecker," and "The Opposite of Sex." For the latter, she received a Golden Globe Award nomination for Best Actress.

Ricci reunited with Johnny Depp in 1999 for Tim Burton's horror film "Sleepy Hollow," which was a critical and commercial hit. That year, she also appeared in the comedy "200 Cigarettes," and hosted "Saturday Night Live." Other credits from this period include "Bless the Child," "The Man Who Cried," and "Prozac Nation," which Ricci also produced. In 2002, Ricci starred in the made-for-television drama "The Laramie Project" and the British comedy "Miranda," and also produced and starred in the black comedy "Pumpkin."

The year 2003 was another big one for Ricci. In addition to roles in the horror film "The Gathering," the psychological thriller "I Love Your Work," and Woody Allen's romantic comedy "Anything Else," the actress starred opposite Charlize Theron in the biographical crime film "Monster." Although Theron's performance as serial killer Aileen Wuornos drew the lion's share of praise – and won Theron an Oscar – Ricci was also singled out for her work as Selby Wall, a fictionalized version of Wuornos' real-life partner.

In 2005, Ricci starred in Wes Craven's werewolf horror film "Cursed," and in 2006, played the titular character in the fantasy romance "Penelope." Also in 2006, the actress garnered strong acclaim for her role as a nymphomaniac in "Black Snake Moan," costarring Samuel L. Jackson. She also appeared opposite Jackson in that year's ensemble drama "Home of the Brave." Subsequent movie credits include "Speed Racer," based on the 1960s anime series; "After.Life," a psychological thriller; "Bel Ami," with Uma Thurman and Robert Pattinson; the Australian drama "Around the Block"; the independent film "Mothers and Daughters"; and the thriller "Distorted," with John Cusack. 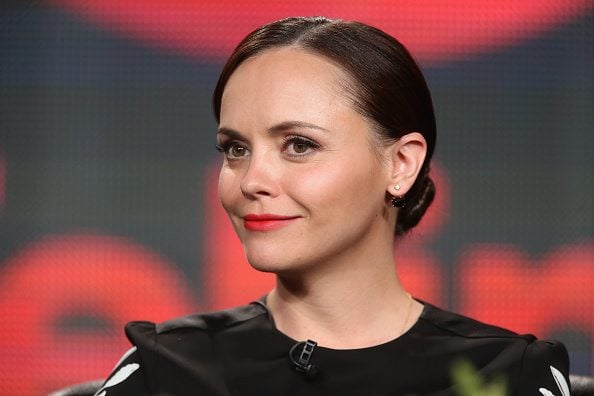 In addition to film, Ricci has made many prominent television appearances. In 2002, she had a recurring role on the final season of "Ally McBeal," playing the lawyer Liza Bump. In 2006, she played a paramedic on two episodes of "Grey's Anatomy," and received an Emmy Award nomination for Outstanding Guest Actress in a Drama Series. Later, she guest-starred on TNT's "Saving Grace," and from 2011 to 2012 played a stewardess on the ABC series "Pan Am." In 2014, Ricci portrayed the title character in the Lifetime film "Lizzie Borden Took an Ax," inspired by true events; she reprised the role the following year in the eight-part series "The Lizzie Borden Chronicles," earning a SAG nomination for her work. Later television credits include "Z: The Beginning of Everything" and "Yellowjackets."

After meeting on the set of the film "All's Faire in Love" in 2008, Ricci started dating actor Owen Benjamin. They got engaged the next year, but called it off shortly after. In 2013, Ricci married James Heerdegen, whom she had met while working on "Pan Am." They have a son, Freddie. After being granted an emergency protective order, Ricci filed for divorce in 2020. In 2021, she was granted a restraining order against Heerdegen.

Ricci has been open about her struggles with anxiety and anorexia. She is also involved in activist pursuits, and is the national spokesperson for the Rape, Abuse & Incest National Network, or RAINN.

In April 2015 she paid $2 million for a two-unit townhouse in Brooklyn, New York. In 2019 she was clearly no longer occupying this property as both units became available to rent. In September 2022 Christina listed the property for sale for $2.4 million.