Christina Hendricks Net Worth and Salary: Christina Hendricks is an American actress who has a net worth of $10 million. Hendricks is probably best known for her role in "Mad Men." She started her career as a model, and she has been named "The Sexiest Woman in the World," and "The Best-Looking Woman In America" by various publications. That being said, she didn't become an award-winning actress on the basis of her looks alone. During her tenure with "Mad Men," she won numerous honors and accolades. Outside of television, Christina Hendricks has appeared in various films. She is also an accomplished voice actor.

Early Life: Christina Rene Hendricks was born on May 3rd of 1975 in Knoxville, Tennessee. Raised alongside one older brother, Christina traveled frequently with her family due to her father's job as a Forest Service employee. She spent much of her early life in Georgia before relocating to Portland, Oregon. At the age of nine, she relocated once again to Idaho, where she became intimately involved in a local theater group. She started dying her hair red at the age of ten (she is a natural blonde).

During her teen years, she relocated with her family to Fairfax, Virginia so that her father could be closer to his workplace in Washington, D.C. The move was traumatic for the teenaged Christina, and she described herself as a loner during high school. She found solace in theater and studied ballet. She eventually left high school partway through her senior year, finishing her education at a community college.

Career: Christina Hendricks was initially intent on a career as a model, having won a competition to appear on the cover of "Seventeen" magazine at the age of 18. She signed with IMG Models and relocated to New York City. Soon enough, she was traveling throughout the world as a successful model, spending significant amounts of time in Japan and London from the age of 18 to 27.

Partway through her modeling career, she began to transition into commercial work, booking roles in ads for brands like Dr. Pepper and Carl's Jr. Hendricks then relocated to Los Angeles with other members of her family. One of her first acting roles was in the MTV series "Undressed," and she followed up with a starring role in the Showtime series "Beggars and Choosers." She also found time to make a guest appearance in the series "Angel."

After these initial roles, Christina Hendricks started to break through into the television industry with a number of notable appearances. She booked roles in shows like "ER," "The Court," "Tru Calling," "Kevin Hill," and the critically-acclaimed sci-fi series "Firefly."

However, Hendricks' true breakthrough came in 2007 when she booked a major recurring role in the series "Mad Men." She played Joan Halloway, an office manager who counsels and guides other girls at an advertising agency rife with predatory and patriarchal men. The series ran until 2015 to widespread critical acclaim. Hendricks was singled out for recognition by critics, and she won a number of awards and nominations.

During her time on "Mad Men," Hendricks also found the time to appear in a range of other projects. This included her film debut in "La Cucina" and another film called "South of Pico." She also appeared in four episodes of NBC's "Life." In 2011, she gained further critical praise for a supporting role in Nicolas Winding Refn's "Drive." That year, she appeared in a stage production of "Company" and provided voice work for the video game "Need for Speed: The Run." In 2012, she landed a substantial role in the film "Ginger & Rosa."

Towards the end of her time on "Mad Men," Christina appeared in films such as "Lost River" and "Dark Places." When "Mad Men" ended, she booked a recurring role as a prostitute in the comedic series "Another Period." In 2016, she worked on another film by Nicolas Winding Refn, "The Neon Demon" before landing a recurring role on the series "Hap and Leonard."

She followed up in 2018 with a role in the horror flick "Strangers: Prey at Night," a film that received poor reviews but performed well commercially. Also in 2018, Hendricks booked recurring roles in series such as "The Romanoffs" and "Good Girls." She finished off the year by joining the cast of the film "American Woman." In 2019, she voiced the character of Gabby Gabby in Disney/Pixar's "Toy Story 4." 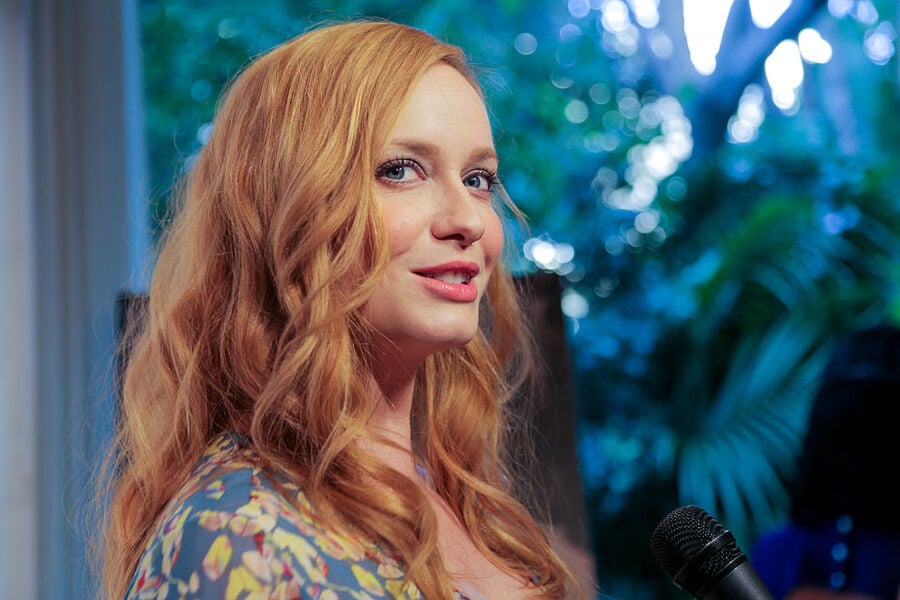 Personal Life: In 2009, Christina Hendricks married actor Geoffrey Arend. They spent 12 years together before divorcing in 2012. They did not have any children together during their relationship.

Real Estate: In 2011, Hendricks and Arend bought a home in Los Feliz (near the hyper-trendy and affluent Silver Lake neighborhood) for $1.7 million. In 2016, Christina and her then-husband Geoffrey purchased an 800-square-foot, one-bedroom condo in New York City for $1.155 million. At the time, the pair still owned their property in Los Angeles, and it was assumed they wouldn't be spending much time living in their newly-acquired condo.

Soon after divorcing, Christina and Geoffrey sold the property for $1.2 million, earning a minuscule profit margin on their initial investment. In 2020, Geoffrey paid $1.2 million for a new home in Los Angeles, leaving Christina alone in their former family home.

Body Image: Christina Hendrick's body is usually at the forefront of any conversation about her, often to the chagrin of the actress. Her body type has been described as "the perfect hourglass figure," and journalists often throw around terms like "curvy" or "full-figured." One study even attributed a 10% increase in breast augmentation surgery to Hendricks' rise to prominence on "Mad Men." In response, Christina has explained that she wishes people would focus on her acting talents and not her body. 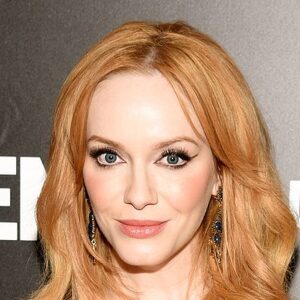