Christina Fulton Net Worth: Christina Fulton is an American actress who has a net worth of $5 million. Christina Fulton was born in June of 1967 in Boise Idaho. She has appeared in a number of roles, including those of both TV shows and full-length movies. Over the years she has been in The Doors (in this film she hosted the role of Nico, a singer), Bram Stoker's Dracula, Dangerous Game, The Girl with the Hungry Eyes, Enemies of Laughter, Lucinda's Spell, and Snake Eyes.

She has also worked as a singer, having released the single, Thank You in September of 2011. The song was played on an episode of Jersey Shore, an American reality TV show. Fulton was once involved with actor Nicolas Cage, a relationship that received a large amount of attention from the public. Together, the couple had one child, a son named Weston Coppola Cage, who was born in 1990. Though Fulton was slated to release a full length album and star in a reality TV show, both titled Uncaged, in 2012, the projects never fully manifested. She is currently engaged to singer Stian Thoresen, the lead singer for Dimmu Borgir. She has a grandson, Lucian Augustus Coppola, who was born in July of 2014. 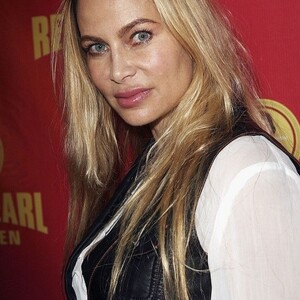