What is Christina Applegate's Net Worth and salary?

Christina Applegate is an American actress and dancer who has a net worth of $25 million. Although Applegate started her career as a child actress during the 80s, she later became one of the most recognizable faces in Hollywood with a number of high-profile film roles. Over the course of her career, she has won a number of awards, including a Primetime Emmy Award and nominations for both Golden Globes and Tony Awards.

Christina has made a name for herself with roles in shows like "Jesse," "Friends," "Samantha Who?," "Up All Night," and many others. In addition, many fans know her from films like "Anchorman: The Legend of Ron Burgundy," "Vacation," and "Bad Moms." Applegate is also an accomplished stage actress who has appeared in a number of Broadway productions. A number of publications have called her one of the most beautiful people in the world.

Christina Applegate was born on November 25th of 1971 in Hollywood, Los Angeles, California. Born into a family with strong connections in the entertainment industry, Christina seemed destined for a career in Hollywood from an early age. Her parents are the late record executive Bob Applegate and actress Nancy Priddy. Unfortunately, Christina's parents split up shortly after she was born.

Christina began her career in television before she had even turned one, appearing in 1972 in an episode of "Days of Our Lives" alongside her mother. She then booked a number of commercials as a baby. Applegate steered clear of acting until the age of ten, when she made her film debut in the horror film "Jaws of Satan." Another film role came in 1981 with "Beatlemania." At the age of 12, she appeared in the biopic "Grace Kelly" and then followed up two years later with a role in a series called "Washingtoon."

Throughout this period, Christina also booked guest roles in series like "Father Murphy," "Charles in Charge," "Silver Spoons," "Heart of the City," "All Is Forgiven," "Still the Beaver," "Amazing Stories," and "Family Ties." Applegate's real breakthrough came in 1987 when she booked the role of Kelly, a flirtatious ditzy teen in the sitcom "Married… with Children." She kept this role until 1997, and during this period she appeared in movies like "Streets," "Dance 'til Dawn," "Don't Tell Mom the Babysitter's Dead," "Vibrations," "Wild Bill," "Across the Moon," and "Mars Attacks!" During her time on "Married… with Children," Applegate also found the time to appear on other shows such as "21 Jump Street," "Saturday Night Live," and "MADtv."

After "Married… with Children" came to an end, Applegate's breakthrough continued. She booked a role in the 1997 film "Nowhere" and subsequently followed up with roles in films like "Claudine's Return," "The Big Hit," and "Jane Austen's Mafia." After becoming a founding member of The Pussycat Dolls, Christina started playing the title role in the sitcom "Jesse." She had just narrowly missed out on playing the lead female role alongside Leonardo DiCaprio in "Titanic." "Jesse" received excellent reviews, and Applegate was singled out for praise, winning a People's Choice Award and a TV Guide Award.

After "Jesse" was canceled, Applegate transitioned back to film. She first played a dual role in the film "Just Visiting" before joining the cast of "Prince Charming" and "The Sweetest Thing." In 2003, Christina showed her range with a variety of roles, appearing in films like the romantic comedy "View from the Top," the crime flick "Wonderland," and the Gram Parsons biopic "Grand Theft Parsons." In 2004, she appeared in films such as "Surviving Christmas" and "Employee of the Month." 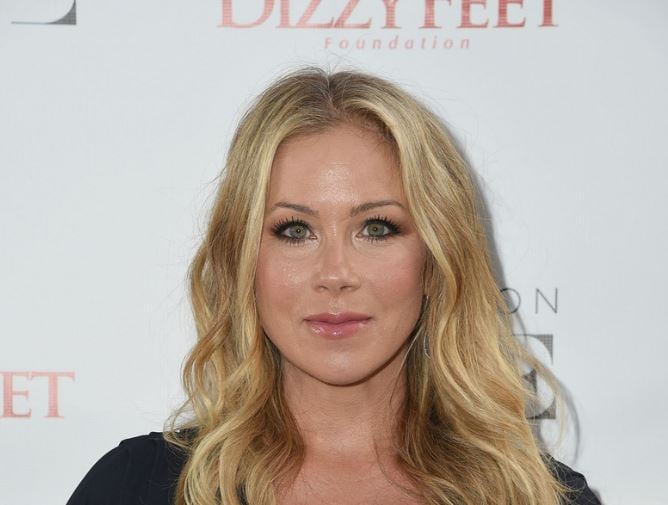 During this period, Applegate made two notable appearances in the popular sitcom "Friends" – first in 2002 and then again in 2003. Her performance in the first episode won her a Primetime Emmy Award for Outstanding Guest Actress in a Comedy Series. Her next move was equally noteworthy. She played anchorwoman Veronica Corningstone in the comedy film "Anchorman: The Legend of Ron Burgundy," a movie that grossed over $90 million at the box office and received solid reviews.

Christina spent the next few years focusing on stage work with a number of productions. In 2004, she made her Broadway debut in the musical "Sweet Charity," which ran until 2005. Unfortunately, she suffered a foot injury during this performance which prevented her from ever dancing again. From 2007 until 2009, she appeared in the comedy series "Samantha Who?" Once again, she received plenty of praise from critics, and she was honored with a number of nominations for Emmy Awards and Golden Globes.

In 2010, Applegate established herself as a voice actress in the animated film "Cats & Dogs: The Revenge of Kitty Galore." She followed up with a number of additional roles in various "Alvin and the Chipmunks" movies. Next, Christina starred in "Up All Night," a series that was eventually canceled after a hiatus in 2013. That year, she reprised her earlier role in "Anchorman 2: The Legend Continues." One year later, Applegate returned to voice acting with "The Book of Life."

In 2015, she booked a role in the comedy film "Vacation," which performed well at the box office despite receiving poor reviews. A similar situation played out with Applegate's next film, "Bad Moms." In 2018, she joined the cast of the Netflix series "Dead to Me," for which she also served as an executive producer. Once again, Applegate was nominated for a number of awards as a result of this performance.

In 2001, Applegate married actor Jonathan Schaech. By 2007, their divorce was finalized. Two years later, Christina began a relationship with Martyn LeNoble, a Dutch musician. In 2013, the pair were married, and they have had one child together.

Although Applegate's per-episode salary for "Up All Night" fluctuated over time, she was at one point earning a peak amount of $125,000.

In 1995 Christina paid $950,000 for a home in the Hollywood Hills. Today this home is worth $5-7 million based on comparable sales in the neighborhood. 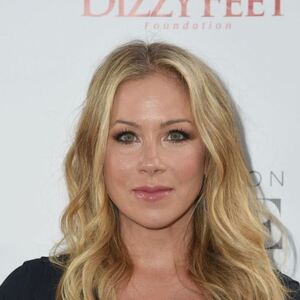