Christian Keyes net worth: Christian Keyes is an American actor and producer who has a net worth of $1.5 million. Christian Keyes was born in Detroit, Michigan in July 1975. As an actor he starred as Troy in the television series Let's Stay Together from 2011 to 2014. Keyes has starred in the movies Diary of a Mad Black Woman, Madea Goes to Jail, Truly Blessed, Perfect Combination, Lord, All Men Can't Be Dogs, The Perfect Man, He's Mine Not Yours, Dysfunctional Friends, The Good Life, Note to Self, What She Wants for Christmas, Winnerz, The Prayer Circle, Act Like You Love Me, Black Coffee, Four Seasons, Lap Dance, and The Man in 3B.

Keyes has also produced the films Lord, All Men Can't Be Dogs, Note to Self, and The Man in 3B. 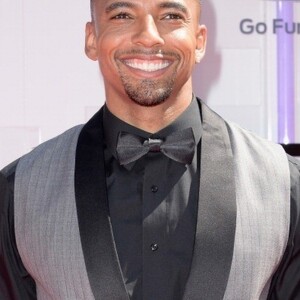